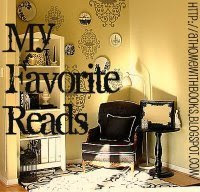 My favorite this week is E. L. Doctorow's "Ragtime," a brilliant exploration of a moment in time. Doctorow weaves fiction and reality in this novel and explores issues that resonate even today. Weaving in historical figures, including Harry Houdini, Sigmund Freud, and J P Morgan, with some of the most memorable characters in literature, Doctorow explores racism, sexism and class structure at the turn of the last century.

In "Ragtime," Doctorow chronicles the lives of three families, initially telling them as separate stories then gradually weaving them together. The families include a rich white family, a black family from Harlem and a Jewish immigrant family. Jandy, at http://www.jandysbooks.com/, wrote this synopsis: Father runs a fireworks and arms factory in New Rochelle and Mother stays at home with their children. Mother's Younger Brother works for Father but has yet to find his purpose. Father is also a wanderer and joins Perry on a trip to the Arctic.
Mother's Younger Brother falls in love and thru his lover meets the widower Tateh and his daughter in the Jewish slums. But she is notorious. When Tateh discovers this, he and his little girl leave New York. After Mother's Younger Brother's lover leaves him for another man, he returns to New Rochelle still searching for his purpose. While father is gone a Negro girl, Sarah, and her newborn son are taken in by Mother. After a few months a Negro man starts visiting every Sunday. He is the baby's father and wants to marry Sarah. Coalhouse Walker Jr. is a jazz musician from New York and owns an automobile that he drives back and forth to New Rochelle each week. Trains are king and automobiles are still a novelty. Racism gets ugly when some of the white men in New Rochelle decide they have to do something about that uppity Negro who drives through every week. No one could have predicted the results their nasty prank had.


Milos Forman directed a wonderful movie version of the book in 1981 which starred, among others, James Cagney, Mary Steenburgen and Mandy Patinkin. I highly recommend it as well. I've also recently picked up the book "American Eve: Evelyn Nesbit, Stanford White: The Birth of the "It" Girl and the Crime of the Century" which tells the story of several of the real characters in the book. I post a review on that when I finally get to that spot in my to-be-read pile!