Mama Shepp's Family Recommends - This Blessed Earth: A Year In The Life of An American Family Farm 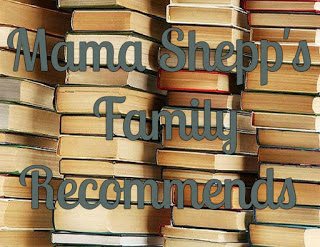 It's been much too long since I've posted a recommendation from my family. It's certainly not that they don't read; I've got some voracious readers in my family! The other day, my uncle emailed that he'd read the book that is both the All Iowa Reads selection and the One Book One Nebraska selection for 2019, Ted Genoways' This Blessed Earth.

It's that second selection that has also created some controversy. Nebraska's been picking one book for the state to read for 15 years and an endorsement's been given by the sitting governor every time he's been asked - except for this year. So, when my uncle also passed along his review of the book, I asked if he might let me share it with you and he agreed. Here's he's review: 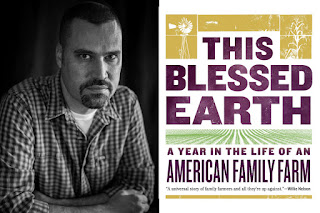 This non-fiction book is the story of Rick Hammond, his daughter Megan and her fiance Kyle Galloway of York County, Nebraska, and their lives raising crops and cattle on their relatively small family farm.

From one harvest to the next the reader learns how farming has changed since passage of the Homestead Act, which gave American farmers 160 acres of land at no cost, requiring only that the farmer lived on the land and developed it. Since then, the gradual development of labor-saving machinery, hybridization of plants, chemicals to fertilize or to kill insects or undesirable plants, consolidation of land under fewer and fewer owners, and increasing competition from food producers elsewhere in the world the world of the family farmer has changed remarkably since this reader was growing up in a small farm town during the 1950s and 1960s.

Since the creation of the 'Great Plains Distinguished Book Award' Nebraska's Governors have routinely recognized the award winning book by issuing a proclamation. That state's current governor declined to recognize this book, telling a Lincoln Journal Star newspaper reporter that this book “..was written by a political activist. He's somebody who is out-of-touch and it was not going to be something that united Nebraska”.

From the prospective of this reader (who grew up in a farm town, attended school with farm kids but has lived his adult life in cities of 150,000 to 300,000 people) this book gave an informative, sympathetic, and true picture of the lives of folks who do their best to make a living on the land, dealing with the uncertainty of weather and commodity markets.