The Mirage Factory: Illusion, Imagination, and The Invention of Los Angeles by Gary Krist

The Mirage Factory: Illusion, Imagination, and The Invention of Los Angeles by Gary Krist

Published May 2018 by Crown Publishing Group

Source: checked out from my local library

Publisher's Summary:
Little more than a century ago, the southern coast of California—bone-dry, harbor-less, isolated by deserts and mountain ranges—seemed destined to remain scrappy farmland. Then, as if overnight, one of the world’s iconic cities emerged. At the heart of Los Angeles’ meteoric rise were three flawed visionaries: William Mulholland, an immigrant ditch-digger turned self-taught engineer, designed the massive aqueduct that would make urban life here possible. D.W. Griffith, who transformed the motion picture from a vaudeville-house novelty into a cornerstone of American culture, gave L.A. its signature industry. And Aimee Semple McPherson, a charismatic evangelist who founded a religion, cemented the city’s identity as a center for spiritual exploration.

All were masters of their craft, but also illusionists, of a kind. The images they conjured up—of a blossoming city in the desert, of a factory of celluloid dreamworks, of a community of seekers finding personal salvation under the California sun—were like mirages liable to evaporate on closer inspection. All three would pay a steep price to realize these dreams, in a crescendo of hubris, scandal, and catastrophic failure of design that threatened to topple each of their personal empires. Yet when the dust settled, the mirage that was LA remained.

Krist's book focuses on how three people changed the course of history for Los Angeles. They are all three people I knew of but I had no real idea the impact they had on the growth of Los Angeles from a place that should have remained a remote town to the second-largest city in the U.S. Krist covers the period from 1900 - 1930 and moves the book between these three players. Each of their stories and each of their industries would make for great reading, especially in the hands for a storyteller as good as Krist. That they all came about as part of the growth of Los Angeles makes for a fascinating read.

As Krist moved back and forth between the three industries - movies, water, and religion - I kept thinking that the one I was reading about was the most interesting. Which wasn't altogether surprising when I was reading about the movie industry; I knew a fair amount about it and have always found it interesting. And religion? It certainly can be interesting. But water and engineering? How in the world did Krist manage to make me interested in that? Well, there were intrigues, land battles, ruined friendships, and a major disaster, so there's that. But Krist also makes it about the players and the David and Goliath aspect of it all.

Perhaps part of what made this book so compelling was that, while it was historical, it was also incredibly timely. The battle between urban and rural, the machinations of the media, the impact of technology, race, corruption, and the  influence of big money on politics, religion, and the movie industry are every bit as relevant today as they were in the 1920's.

The Mirage Factory is clearly meticulously researched but it hardly even feels like nonfiction and it certainly doesn't feel like Krist is trying to force facts into the narrative, as so many writers do. Krist also wrote City of Scoundrels, a book I've had on my Nook for a long time; somewhere along the way someone had convinced me that a book about the rebirth of another city, Chicago, was worth reading. As much as I enjoyed this book, I'm really looking forward to finding time for that one soon. 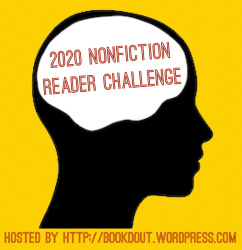