The Mirrored World by Debra Dean

The Mirrored World by Debra Dean
Published August 2012 by HarperCollins Publishers
Source: my source courtesy of the publisher and TLC Book Tours in exchange for this review

St. Blessed Xenia of St. Petersburg, the patron saint of St. Petersburg, is said to have given all her possessions to the poor after her husband, Andrey Fyodorovich Petrov, died. After he died, tradition holds that Xenia became a fool for Christ who wore her late husband's uniform and wandered the streets of St. Petersburg. Her grave is in Smolensky Cemetery where an ornate chapel has been erected in her honor. 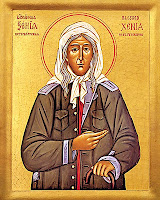 In The Mirrored World, Debra Dean has taken what is known about Xenia and crafted a novel around it, narrated by a fictional cousin, Dasha. When a fire forces Xenia, her mother and sister to seek shelter with Dasha's family, where Xenia and Dasha form a bond that will carry them through marriages, loss, and poverty. Along the way Dean takes the reader into the courts of Empress Elizabeth and Grand Duke Peter and Grand Duchess Catherine (who would later become Catherine the Great) and out onto the streets of St. Petersburg and the depths of poverty.

I have long had a keen interest in Catherine the Great (since reading a biography as a child) and this time in Russian history so I jumped at the chance to read this book set in that time. Dean did not disappoint, exploring what life was like in the courts of the time, with the politics and intrigue that come along with the wealth and privileges. The excesses of the wealthy juxtaposed against the extremes of want are both vivid as Dean takes us along on Xenia's transformation from a privileged young woman who attends court functions to a woman who gives away all of her worldly possessions, wearing nothing but the tattered remains of her husband's uniform. The Mirrored World is a novel primarily about passion and love that works on many levels, the love of family, the passion between men and women, religious passion. It is written beautifully with many passages that resonated with me.


"Whatever we know as children, this is the world, eaten whole and without question."

Another passage gave me pause...and sparked an idea for something new I want to explore on Lit and Life. More on that later this week.

I did have a few quibbles with this book.For a novel that is marketed about being about Xenia, she is remarkably absent from much of the book.Dean focused more on Dasha for a good part of the book, particularly once Xenia disappears, presumed dead. The reader already knows, though, that Xenia is not dead and since Dasha is telling the story looking back in time, it felt like some of what happened to Xenia might have been explored.

This is one book that might have benefited from being longer, a complaint I rarely have. Some story lines are not developed as fully as I might have liked. A son comes into Dasha's life late in the book and within pages is a grown man. I'm sure that the point Dean was making had been made merely by putting the boy in Dasha's life; but it seemed, to me, abrupt to skip on so quickly.

I'm looking forward to picking up Dean's debut novel The Madonnas of Leningrad for another look at Russia through Dean's eyes.Thanks to the ladies at TLC Book Tours for including me in this tour. For other thoughts on this book, check out the full tour list. To connect with Dean, find her on Facebook.
Posted by Lisa at 1:18 AM 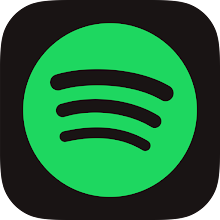