I'm enjoying a very quiet, relaxing Sunday afternoon following a very busy past couple of weeks which were capped, yesterday, with Mini-me's graduation ceremony and party. He had a great time at his party, but I've got to admit that I was exhausted by the time it was over and very happy when it was just down to family, a few close friends and a big glass of wine!

I'm a pretty emotional person, as a general rule and, when it comes to my kids, I really amp it up a notch. When the soon-to-be graduates started marching into Sir Edward Elgar's "Pomp & Circumstance," I pretty nearly lost it. Nothing quite says "this is the end of one stage and the beginning of another" quite like that piece of music. 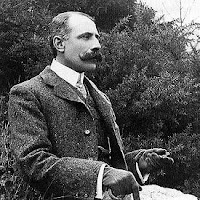 As I was sitting there, watching the kids cross the stage, I was struck by two things. First, I was appalled by how little regard some people have for other people. I really don't see the need to whoop and yell when your loved one crosses the stage (it is supposed to be a solemn occasion, after all) but if you really must, is there any need for you to yell so long that the announcement of the next student's name cannot be heard? Then I got to thinking "I forgot to tell Mini-me that there were to be no shenanigans once that diploma was in his hands." After all, one young man had just done a back flip as he crossed the stage. I need not have worried; he did his family proud.

My other big news this week was the publication of my first article as a regular contributor to omaha.net. I'll be writing a monthly column there about all things bookish--passing along a lot of the great things you all share with me, talking about things going on in the Omaha area, and introducing their readers to book-related experiences to be had. Even for those of you not in the area, there are a lot of great articles about everything from the arts to pets to workplace advice.

Welcome back to all of you who have been to BEA! Can't wait to hear more about your adventures!
Posted by Lisa at 5:35 PM 17 comments
Email ThisBlogThis!Share to TwitterShare to FacebookShare to Pinterest
Labels: omaha.net, Sunday Salon 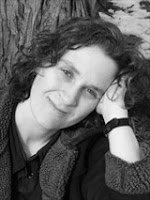 Letter To My Daughter by George Bishop

When Laura and her 15-year-old daughter, Elizabeth, get in a big fight and Liz steals Laura's car and takes off, Laura and her husband go through the usual parental reactions. They contact friends, they contact the police, they question they way they have handled their daughter. And they wait.

Liz's father's way to spend that time is to mow the lawn--twice. Laura decides it's time to tell Liz her own story of life as a young girl in a letter.

When Laura herself was fifteen, she feel in love with the wrong boy, a boy her parents strongly disapproved of, particularly when they found Laura and Tim naked on their living room floor. So off to Catholic boarding school Laura went. As one of the "charity cases" (Laura had to work to subsidize her education), things were not easy for Laura. But a continuing correspondence with Tim helps Laura keep her sanity. Until Tim's enlistment in the Army and time spent in Vietnam begin to have a much deeper impact on both of them.

I was impressed, from the start, by the way Bishop was able to write from a mother's point of view, even to the point where I felt like these were words I might say.

"Well. Things don't always turn out the way we want them to, do they? Sometimes when I'm yelling at you for coming in late, or criticizing your choice of friends, or your taste in clothing, or your apparent indifference to anything having to do with family or school or future, I hear my mother's voice coming from my mouth. My mother's very words even."


Which is not to say, at all, that I feel the same way about my mother that Laura feels about hers. Just that all mothers, I think, feel like the things we are saying to our children are for their own good and are universal. And, maybe, that all of us fear that we are turning into our mothers when we say certain things. Which, of course, means that maybe our moms were right.

Bishop also brings up great points in the book about why some "unfortunate people" seem to resist help and the way two different sides of any conflict look at the conflict in the same way, just from two different perspectives. And Elizabeth Barret Browning's poetry play heavily into the story, which I liked.

I read the book quickly, just a few hours, not only because it's short but because it did draw me into the story. I really wanted to find out what Laura had to tell Liz that she felt was so profound that it might change their relationship. And, when I finished it, my overall impression was that I enjoyed the book. But as I've thought about it, there little, niggling things that bothered me while I was reading it, started to pop to the surface. I could picture a mother sitting down to write a letter to her daughter while her daughter was missing--but not a 100 page plus letter. I found it hard to believe that Laura was so distant from her parents yet raised her daughter to call them Gramps and Mams. I couldn't imagine two teenage kids being so stupid about the first time they had sex as to do it in the middle of the living room and losing track of time. I think I might have liked Laura's story better told in a different way; so much of it felt very true to life as a teenager. But I'm not sure, in the end, if I felt like the lesson Laura was trying to teach Liz was clear.

There's nothing heavy here but, overall, I enjoyed the book and it is one that I will pass along. 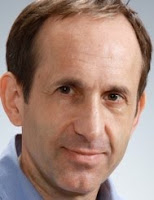 To read more about Mr. Bishop and his debut book, check out his web site. To read an excerpt of the book, click here. Thanks to Lisa, and TLC Book Tours, for including me on this tour!

I can't tell you how happy I am to be done with last week! Loads of reading to be done--to the point where it ceased to be fun. Until Friday when I sat down with "Letter to My Daughter," by George Bishop, which I flew through. This week I'm finishing up Jennifer McMahon's latest, "Dismantled." I read "Promise Not To Tell," by McMahon, and thoroughly enjoyed it and got this one without a clue what it was about. So far, so good. When I looked it up on bn.com, I thought it was funny that in the section of "people who bought this, also bought this," the other books included "The Forgotten Garden" by Kate Morton and Chelsea Cain's "Evil At Heart." How different are those two books?! 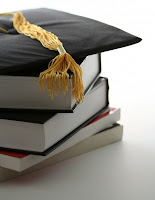 It will be another busy week with Mini-me's graduation and party on Saturday. The house is starting to shape up--thanks to the Big Guy who really chipped in yesterday, rather unexpectedly. Not to say that he doesn't help out around here. It just isn't always the things I need done or on the timetable I'm working on! I can't wait for the weekend to be here--so excited for Mini-me and I can't wait to relax, finally, with my family.

Mini-me is currently reading E. L. Doctorow's "Ragtime" and chomping at the bit for "The Road" to come out on DVD this week. He's heading off to college this fall to study studio art and history but I would not be the least bit surprised to see him work in quite a few literature classes. If so, I might just have to read along with him--what fun!
Posted by Lisa at 3:56 PM 6 comments
Email ThisBlogThis!Share to TwitterShare to FacebookShare to Pinterest
Labels: Sunday Salon

Guest Post - Minrose Gwin, author of The Queen of Palmyra 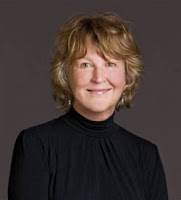 Please join me in welcoming Minrose Gwin, author of The Queen of Palmyra, to Lit and Life!