Perfect Red by Jennie Nash
Published October 2012 by CreateSpace Independent Publishing Platform
Source: my copy courtesy of the author in exchange for this review

Author's Summary:
It's 1952 in New York City, the height of the Red Scare. When the sheltered secretary of a prominent book editor becomes obsessed with the story of a glamorous French lipstick, she becomes convinced that it was the story she was born to write. To do so, however, she must overcome her belief that surrendering to passion of any kind is dangerous -- especially when she enters into a high stakes game of kiss and tell with the editor’s star author, who is in desperate need of a story and a muse. They fight for the right to tell the tale, and ultimately, for the right of an author to tell their own truth. 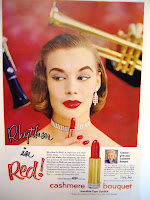 My Thoughts:
Those of you who have been with me for a while will not be in the least surprised to find me reading Jennie Nash's latest book; I have, after all, read four of her other books, including The Threadbare Heart and  The Last Beach Bungalow. Nash writes women in a way that speaks to me and about families that are very real.

In Perfect Red, Nash has gone a new direction, with a young woman as her protagonist and setting her story entirely in the past. I must admit that this took some time for me to adjust to, so accustomed am I to being able to relate to Nash's protagonists. Certainly, though, Nash has not done away with the family dynamic, exploring the relationship between Lucy Lawrence (the secretary) and her parents, looking at the ways children become independent of their  parents and the things they don't know about their parents. 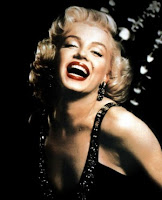 By setting the book in the 1950's. Nash is able explore the changing role of women at that time. Lucy works in an industry which has dominated by men but which was, at that time, beginning to be see women rising to the top including Katharine White (E.B. White's wife and the fiction editor for The New Yorker magazine) and Ursula Nordstrom (who oversaw the transformation of children's literature from morality tales to stories designed to appeal to children and edited books by E. B. White, Margaret Wise Brown, Crockett Johnson, and Syd Hoff), both of whom plays roles in Perfect Red. Using Lucy and Perfect Red lipstick, Nash also explores changing mores regarding women's sexuality. This is, after all, the decade that brought us Marilyn Monroe.

Knowing the kind of extensive research that Nash does, brings an extra level of reading pleasure to her books for me. When she writes about Lucy living in a Barbizon hotel, makeup in the 1950's, or the witch hunt for communists, I know I'm getting facts and you know how much I love to learn something new as I read.

Bottom line: I still missed Nash's middle-aged woman and I had some quibbles with plot devices, but Perfect Red chick lit with the relationships readers expect but depth that is unexpected.
Posted by Lisa at 1:30 AM