A Golden Age by Tahmima Anam

A Golden Age by Tahmima Anam
Published January 2009 by HarperCollins Publishers
Source: I bought both the paperback and the audiobook

Publisher's Summary:
As Rehana Haque awakes one March morning, she may be forgiven for feeling happy. Today she will throw a party for her son and daughter. In the garden of the house she has built, her roses are blooming; her children are almost grown up; and beyond their doorstep, the city is buzzing with excitement after recent elections. Change is in the air. But none of the guests at Rehana's party can foresee what will happen in the days and months that follow. For this is East Pakistan in 1971, a country on the brink of war. And this family's life is about to change for ever.

My Thoughts:
I first heard of this book years ago on NPR and bought it before I started blogging. Then, like so many books, it never seemed to make it off the bookshelf and into my hands. Recently I was browsing the audiobooks at the library sale and found it on audio; even though I already owned the book, for $2 I picked it up, knowing I would finally be able to find the chance to "read" this one.

What a wonderful decision - Madhur Jaffrey's narration is marvelous, her voice capturing the beauty of the prose perfectly. I was captured by this novel from the first sentence:

When Rehana's husband, Iqbal, died, leaving her with limited means, she was powerless to prevent her powerful, childless brother-in-law and his wife from winning custody of them in court. Without money, there is little hope she will ever be able to win them back. Set against the backdrop of the Bangladesh civil war to earn independence from Pakistan, A Golden Age is, at it's core, the story of a mother's love and the length's a mother will go to for her children. It is Rehana's story, a story of sadness, hope, courage, love and sacrifice.

Anam has crafted a story the blends the reality of everyday life with the terror of war (although on an intimate scale; it lacks the grittiness of a true war story) in a way that focuses primarily on the relationships between the characters. The writing made the time, the place, and the characters come alive for me.


"The city slowly adjusted to occupied life. I t adjusted to the stiff-backed soldiers who manned the streets, their uniforms starched, their pale faces grimacing. It adjusted to the tanks sitting fatly in the middle of roads, and to checkpoints where soldier leaned into car windows and barked orders at drivers who held up their hands and shook their heads, protesting their innocence. And it adjusted to the silence, because there were no more speeches, or marches, or processions, just an eerie, still quietness, interrupted twice a day by the wail of the curfew siren; but otherwise all was ghostly, only the rustle of trees and the sizzle of the April sun to draw the line between day and night." 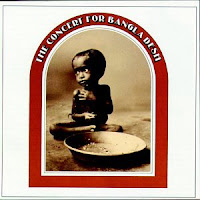 Here's what I knew about Bangladesh going into this book: it is a small country by India. And, when I was very young, my favorite Beatle George Harrison put together a concert for Bangladesh. I was too young to understand why then; by the time I was old enough to understand, Bangladesh was off my radar. A Golden Age gave me a jumping off place to learn more about what drove Harrison to pull together some of the biggest names in music for two Madison Square Garden concerts in 1971. Anam's book is a peek into the war; the reality was, as you would expect, much more horrific. Eight to ten million people fled then East Pakistan into India as the West Pakistani troops escalated the war. Figures for the number of dead vary between 300,000 to three million. All of this followed on the heels of a massive cyclone, torrential rains and floods in 1970 that killed up to a half million people. It's easy to see why Bengali native Ravi Shankar turned to his friend Harrison to help his people. The concerts themselves raised nearly $250,000; sales of the album of the concert raised millions more.