The Lost Summer of Louisa May Alcott by Kelly O'Connor McNess

Louisa May Alcott, who wrote one of the most beloved stories of all time, "Little Women", grew up in a much different household than the one she painted in the classic. Her father, Bronson, was a transcendentalist and a free thinker. His philosophies kept his family in extreme poverty because he would not take a job. The burden of keeping the family feed and sheltered fell squarely on the shoulders of Louisa's mother, Abigail, known as Abba, and their four daughters. When the girls were all young women, they moved to Walpole, thanks to a family member who offered them free lodging. And it is here that McNees begins her story, blending the well-documented lives of the Alcotts with fiction.

As soon as they arrive, Louisa, already in her twenties, is making plans in her head to return to Boston to pursue her dream of becoming a writer. But when her oldest sister, Anna, confides that she is hoping to find a husband in Walpole, Louisa begins to doubt that she will be able to leave her mother. Younger sister Lizzie never fully recovered from small pox and isn't able to do much of the household work and youngest sister May is frivolous and manages to avoid it. But mostly Louisa is upset with Anna because she cannot imagine a future as a wife and can't believe that Anna would want to live the same kind of life as their mother. And, as much as Louisa craves her father's approval, he is a terrible example of what a husband and father should be. About marriage, Abba even says to Louisa:

"I suppose you will learn this soon enough on your own, but I might have understood my life a little better if someone had told me. For a man, love is just a season. For a woman it is the whole of the year--winter, spring, summer, and fall--and yet, sometimes it is not what it could be. What it seems it should be."

As a father, Bronson seemed to view his children as objects, rather than people:


"...her father approached child-rearing like a scientific study. He collected evidence, keeping written observations of his subjects and as the girls grew, reviewing their own journals. And like any scientist worth his salt, Bronson formed theories and then constructed experiments to test their veracity."

Then Louisa meets Joseph, a young man who is largely responsible for running his father's business. When she finds herself being drawn into a relationship with him that will mean the end to her own plans, she has to make the decision between Joseph and independence.

An encounter with the famed actress Fanny Kemble, whom Louisa greatly admired for her fight for her own independence, helps Louisa make up her mind.

"Suddenly she was in the presence of a genius of her time, not to mention a woman unafraid of upsetting the dictates of propriety in order to live her life as she pleased. She wondered if God had put Fanny Kemble in her path at this moment to remind her that life held the promise of unlimited and surprising joys, if only one had the courage to pursue them."

But when that life turns out to be harder than she thought, when she almost finds herself becoming a Jane Eyre, she begins to doubt her decision and a life with Joseph once again begins to look as if it might be a possibility for Louisa.

The book is well-written, well-paced and McNees does a good job of tying up all of the plot lines. She has clearly done her research on the Alcotts and does a wonderful job of tying in that research into what she imagines might have been the real Alcotts take on their reality.

"...her father was a man of many grand ideas and little commonsense. As a child, she had revered him and never doubted that the problem lay with a world unwilling to comprehend his brilliance. But eventually she had come to see him in a different light, one that revealed his flaws."


As a person who grew up loving "Little Women," I was concerned that this would take the Alcotts in a direction that I wouldn't enjoy, much as Geraldine Brook's "March" did. But McNees has carefully managed to make the characters a wonderful blend of reality and the dear girls that I fell in love with. I had some problems with the ending of the book. On the one hand, I liked that McNees did not attempt to alter reality but I felt that things got closed up a bit too neatly. However, that is such a minor complaint, it really didn't effect my opinion of the book.

Trish, of Hey Lady, Whatcha Reading, led an online discussion of the book with McNees and she was a terrific sport, answering all questions posted to her ahead of time then spending extra time going back to answer questions that had come up in the discussion. Check it out to learn more about the writing of the book. To learn more about Kelly O'Connor McNees, check out her website. 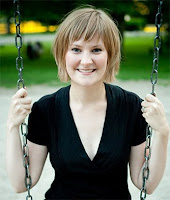 Thanks to TLC Book Tours for including me on this tour! For more views on this book, visit the other tour sites.