On Folly Beach by Karen White

On Folly Beach by Karen White
414 pages
Published May 2010 by Penguin Group
Source: TLC Book Tours and the publisher

Emmy Hamilton's husband passed away six months ago and Emmy is having trouble coming to grips with it. When her mother finds out that the store on Folly Beach that the store on which she modeled her own bookstore is for sale, she encourages Emmy to buy it. Paige feels like Emmy needs to try to move on in a place without memories of Ben. But what really sells Emmy is some notes she finds in the margins of some of the books that came to Paige's store from Folly's Find. They seem to hint of a affair from long ago and Emmy is so intrigued that she agrees to buy Folly's Find.

When Emmy gets to Folly Beach, she meets the store's current owner, Abigail Reynolds, daughter-in-law of the woman, Maggie, who owned the store when Paige was growing up in Folly. Emmy also meets Lulu, Maggie's sister, who makes bottle trees in the back of the store and sort of comes in the deal although Emmy's first impression of Lulu makes her want to have nothing to do with Lulu. Heath, Abigail's son, owns the house Emmy is renting while she tries to get settled in Folly. He's got his own issues--the house was built for his fiancee who left him when he found out he had a brain tumor. Emmy finds a lot more of Maggie's old books in the house and begins to search all of them for margin notes, soon piecing together enough clues to make her start asking the family questions. Along the way she also gets to know Abigail's husband, John and her daughter, Lizzie, along with the town regulars as she settles into life in Folly.

In a style reminiscent of The Divine Secrets of the Ya-ya Sisterhood, the reader is privileged to the story of the past in a way that Emmy is not as we travel back on forth in time between Emmy's story and Maggie and Lulu's story, set during World War II. In Maggie's story, we also met Catherine, Maggies's cousin, who's father left the family and mother passed away; Peter, a man from Iowa visiting the island because he's doing business with the nearby naval base; and we learn about Jim, who Maggie and Lulu both loved but who married Cat...and then died at Pearl Harbor a few months later.

Having read the first two books in White's Tradd Street series, I knew going into this book that it would have a light feel and a sense that everything would be alright. Despite the World War II time period of much of the story and the loss of Ben that Emmy is dealing with in the present time, "On Folly Beach" never feels heavy although White does a very good job of conveying the emotions the characters are battling. What I didn't expect going into this one was to like it as much as I did. I had some problems with the idea of Emmy feeling comfortable asking so many really nosy questions of the family and a hard time believing that they would be so willing to share. But all of that was, I suppose, necessary to tell to the story of Maggie, which I really got caught up in. And much of what that story was about tied into the present. Maggie, Lulu, Emmy and even Heath were all dealing with issues of knowing when to left go and move on.

While I don't think that White is going to win any prizes with her writing, she does manage to weave together a lot of different things here which, for the most part, works. Book clubs, would have a lot to discuss. Paige and Emmy's relationship for instance. Paige had a lot of miscarriages which greatly altered her relationship with Emmy. The way people deal with grief--Maggie and Lulu have lost both parents but seem much better equipped to handle their loss than does Catherine, whose mother also died but who spends her life trying to find a man to fill her father's shoes. The role children, or not having children, plays in someone's life...Emmy and Ben opted not to have children until he returned but now she is wishing she had a part of him to hold onto. There were some parts of the book that I found predictable, and some parts that I found hard to buy into, but, overall, I got so wrapped up in solving the mystery of the past, and there were enough surprises, that I was willing to forgive White for any problems I found. 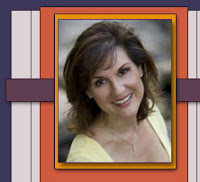 For more information on White and her writings, check out her website.