Books Being Released In 2013

Every year I'm surprised to see the number of new books being released - particularly considering the doomsday predictions that one is always hearing about the demise of the book. In 2013 Stephen King has not one, but two new books coming out. Charlaine Harris will be releasing the last book in her highly successful Sookie Stackhouse series, and Jodi Picoult will be releasing her  nineteenth novel. Here are some of the books I'm looking forward to in the coming year:

Benediction by Kent Haruf
Having read and enjoyed both Plainsong and Evensong, I've been waiting a long time for this book, eight years as a matter of fact. Haruf returns to Holt, Colorado in Benediction but with an entirely new cast of characters.

A Teaspoon of Earth and Sea by Dina Niyari
Post-revolutionary Iran in the 1980's, a story of sisters - two things that will always catch my attention. I do love a book set in this part of the world. 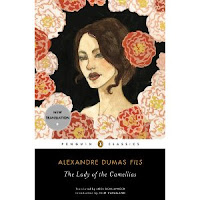 The Lady of the Camellias by Alexander Dumas
Okay, technically this isn't a new book but it is a new translation and the first time I've ever heard of this book. Which is strange considering it was the inspiration for Verdi's La Traviata and Baz Luhrman's Moulin Rouge!

The Black Venus by James McManus
Set in the literary circles of19th-century Paris, this is the story of a love affair between Charles Baudelaire and a Haitian cabaret singer.

The Invention of Murder: How the Victorians Revelled in Death and Detection and Created Modern Crime by Judith Flanders
Well, that just about says it all, doesn't it?

On Sal Mal Lane by Ru Freeman
The the eve of civil war in Sri Lanka, Freeman explores the innocence of children and the petty prejudices of adults.

Helium by Jaspreet Singh
The author of Chef returns with the story of Raj, a young man torn between his current life in New York and his past in India. As a young man, he watches his professor being attacked and killed. Years later, he returns to India to try to make amends.

Fin and Lady by Cathleen Schine
Fin and his older, half-sister, Lady, has just become orphans and Fin is swooped away from his rural Connecticut life to live with Lady in Greenwich. She is now his guardian but he soon finds that he's just as responsible for her as she is for him.

The House of Tides by Hannah Richell
A family torn apart by the events of one day long ago, the Tides are struggling to move forward. When daughter Dora returns home, the family will find out if forgiveness is possible. Sounds like this one might make a great book club selection.

The Painted Girls by Cathy Marie Buchanan
The Omaha Bookworms read Buchanan's The Day The Falls Stood Still a couple of years ago and not only did we very much enjoy the book, we really enjoyed talking to Buchanan over Skype. This February, we're planning to do it again with Buchanan's latest, a novel about two sisters in Belle Epoque Paris. When times become desperate, one of the sisters is sent to be trained in the ballet only to become the model for Edgar Degas' most famous sculpture, Little Dancer Aged Fourteen.

I could spend hours (oh, who am I kidding, I did spend hours) browsing the publisher's catalogs for the coming year. So many wonderful, interesting things coming up to look forward to! Are there any books you're particularly looking forward to reading in 2013?

Posted by Lisa at 1:30 AM
Email ThisBlogThis!Share to TwitterShare to FacebookShare to Pinterest
Labels: book releases