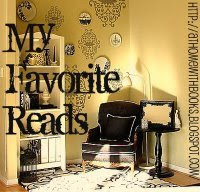 Goodreads.com gives this synopsis: "In an unnamed South American country, a world-renowned soprano sings at a birthday party in honor of a visiting Japanese industrial titan. His hosts hope that Mr. Hosokawa can be persuaded to build a factory in their Third World backwater. Alas, in the opening sequence, just as the accompanist kisses the soprano, a ragtag band of 18 terrorists enters the vice-presidential mansion through the air conditioning ducts. Their quarry is the president, who has unfortunately stayed home to watch a favorite soap opera. And thus, from the beginning, things go awry.

Among the hostages are not only Hosokawa and Roxane Coss, the American soprano, but an assortment of Russian, Italian, and French diplomatic types. Reuben Iglesias, the diminutive and gracious vice president, quickly gets sideways of the kidnappers, who have no interest in him whatsoever. Meanwhile, a Swiss Red Cross negotiator named Joachim Messner is roped into service while vacationing. He comes and goes, wrangling over terms and demands, and the days stretch into weeks, the weeks into months. "

Dawn, at www.sheistoofondofbooks.com, had this to say about "Bel Canto: " Patchett gives us a novel which explores the human condition in a vacuum. With Roxane Coss’ music being the only common language, the hostages and terrorists alike stretch their perceived limits, and we readers join the hostages in a sort of “Stockholm syndrome.” This is a highly recommended hard-to-put-down novel."

There are a lot of characters in this book, but Patchett makes sure none of them gets lost. Each character is fully developed. The kidnappers in this book are real people with a real cause, not stereotypes. The writing is beautiful and compassionate and captures the humanity of both the captives and the captors. In a list of my top ten books, this one makes the grade.