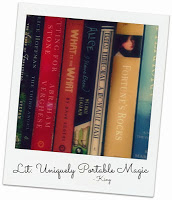 So many bookish tidbits to share with you this week! 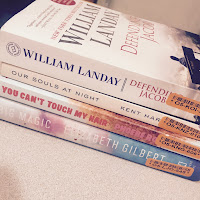 #1 Better World Books had a sale. The Big Guy suggested that I shouldn't have ordered books because I don't need any. I laughed. Then I reminded him that they were on sale. If you read my post yesterday, you know what a sucker he is for a sale so he really had no comeback for that. Here's what I picked up (after I removed ten other books from my cart - BG has no idea how lucky he is I didn't buy all of them!):

Defending Jacob by William Landay: this one isn't something I'd normally pick up but it's the kind of thing I'm into right now and it does get very good reviews

Our Souls At Night by Kent Haruf: I've never read a Haruf book I didn't love

You Can't Touch My Hair by Phoebe Robinson: because humor works for me know but I'm also getting a some racial enlightenment while I'm at it

Big Magic by Elizabeth Gilbert: Creative Living Beyond Fear is the subtitle - hope against hope that she can get my creative juices flowing

#2 Like a lot of communities, Omaha has chosen one book for the city to read together (Omaha Reads). This year's selection is Jonis Agee's The Bones of Paradise (which my bookclub will be reading for October). As part of the celebration of that book, the Omaha Public Library system has lined up speakers/authors whose books or areas of expertise tie into The Bones of Paradise in some way.

Wednesday night, a friend and I went to hear journalist/teacher/author Joe Starita talk about his book, I Am A Man: Chief Standing Bear's Journey For Justice. Starita was a great choice; he is passionate about the subjects he writes about and about story telling in general. He spoke for 45 minutes then took another 30 minutes just to answer two questions! The money he made selling books last night all goes into a scholarship fund for Native American high school seniors for college. It was great to see people who already had the book drop off money just for the scholarship fund or add a couple of extra dollars to their purchase. As it happens, I had my parents' copy and was able to get it autographed for them. 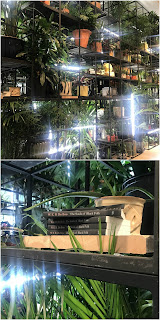 #3 I mentioned yesterday that we had gone to the Milwaukee Art Museum while we were in that fine city. Mini-me wanted to get us into the building (it's an incredible structure) but he was also eager to have us see the works of Rashid Johnson. The biggest piece on display is titled "Antoine's Organ." It's an incredible work.

And why might it be relevant to this blog? Because throughout the work, Johnson has included books about the black experience in America, including Richard Wright's Native Son, Te-Nehisi Coates's Between The World And Me, and W. E. B. Dubois's The Souls of Black Folks, all of which I'd like to get read one of these days.

In the final room of the exhibit, copies of the books were available for people to sit down and read through; of course, they were all available for purchase in the gift shop as well. I loved seeing the book world and the art world blended together. 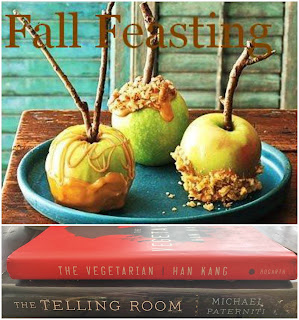 #4 Finally, it's September, which means it's time for my annual Fall Feasting reading. Because I kind of forgot about it and because I want to make time for R.I.P. reading and Nonfiction November reading, I'm probably only going to get a couple of foodie books this fall.

I do have other books that could work for both Fall Feasting and Nonfiction November so I may be able to get one of two more worked in as well; but, for now, I'm shooting on (finally) reading The Vegetarian by Han Kang and (in honor of the people I love who live in Wisconsin) The Telling Room:  A Tale of Love, Betrayal, Revenge, and the World's Greatest Piece of Cheese.

I'd also like to take the time to read a cookbook as well; you know, the kind that don't just have recipes but all kinds of great information about food and cooking. Perhaps the one that's simply titled Soups? It is, after all, the perfect time of year to find some new soup recipes! Do you ever just sit down and read your cookbooks?
Posted by Lisa at 3:29 PM