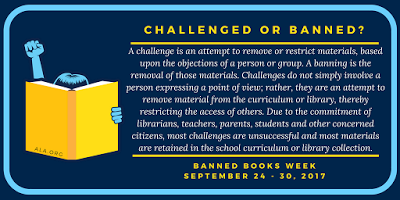 We have once again arrived at that week of the year when we celebrate the books that people, world-wide, have banned or challenged, for various reasons. Generally, I try to make sure I'm reading a book during this week that's been banned but I have entirely too many books that I need to get through in the next few weeks to push in another book. In lieu of that, one of my local movie theaters is making it easier to celebrate these books. This week they've been showing movie adaptations of some of the books. In that spirit, tonight I'll be going to a showing of To Kill A Mockingbird, the adaptation of Harper Lee's book by the same name. It's a movie I've seen many times but never on a big screen so I'm pretty stoked to go. It's also the first time I've seen it since reading the long-hidden prequel, Go Set A Watchman. 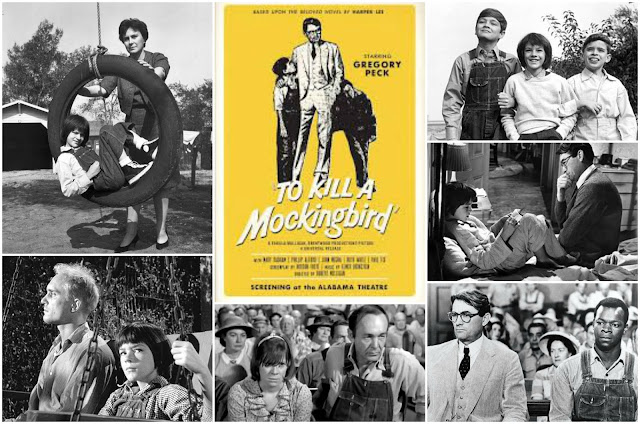 To Kill A Mockingbird was published in 1960 to great success and won the Pulitzer Prize. It is loosely based on Lee's own life. The top left picture is Lee with Mary Badham, the young actress who played the character based on her in the movie. It remains one of the most challenged and banned books. Those who challenge it contend that its racially- and sexually-charged themes are too mature for young children.

I love both the book and the movie for the ways they deal with those mature subjects but also for their warm, humor, and the relationships between the characters. It seems this is a story that is particularly timely, 57 years after the book was first published.