It's snowing here this evening with a big snowfall predicted for Tuesday. Looks like the kinds of days coming up that will mean curling up with books and hot tea. For tonight it meant going over my bookshelf inventory and seeing what's on the shelves that I can use for the challenges I've already committed to for the coming year. Thanks to my hubby for being such a pack rat--he minored in English so we have a lot of novels sitting on the shelves left from those classes that are going to be a big help!

For the Gilmore Girls Reading Challenge, I think I would be a very bad host if I didn't aim for the top level so 20 books it will be. Here's what I've settled on so far:

The Crimson Petal and the White by Michel Faber
Sonnets From The Portuguese by Elizabeth Barret Browning
Little Dorrit, Our Mutual Friend, David Copperfield, Oliver Twist and A Christmas Carol
by Charles Dickens
The Perks of Being A Wallflower by Stephen Chbosky
In Cold Blood by Truman Capote
Angela's Ashes by Frank McCourt
The Sun Also Rises by Ernest Hemingway
The Canterbury Tales by Geoffrey Chaucer
The Sound and The Fury by William Faulkner
Daisy Miller by Henry James
Leaves of Grass by Walt Whitman
The Great Gatsby by F. Scott Fitzgerald
The Fountainhead by Ayn Rand
I'd like to pick up a couple of the non-fiction books to fill out the list. 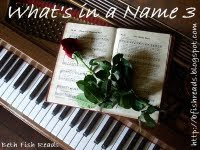 For this challenge, I have to pick out titles with the following words in the title:
Food - Five Quarters of An Orange by Joanne Harris
Body of Water - Heather Graham
Title - Secret Lives of the First Ladies by Cormac O'Brien
Plant - In The Woods by Tana French
Place Name - Reading Lolita In Tehran by Azar Nafisi
Music Term - Sarah's Key by Tatiana de Rosnay

For this one I needed to pick three to six books or movies written about, by or based on the Brontes. I'm hoping to watch a couple of movies which I've yet to decide on. My books, as of now, are: 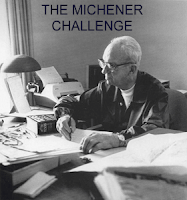 I'm going to re-read Chesapeake to start this challenge. After that, I'm not sure which one I'll read next--so many to choose from!
Posted by Lisa at 11:44 PM
Email ThisBlogThis!Share to TwitterShare to FacebookShare to Pinterest
Labels: reading challenges, Sunday Salon