As much as I enjoyed the first day of the Omaha Lit Fest, the next day, a Saturday saw me hesitant to spend a beautiful Saturday sitting inside.  I felt a bit guilty about taking the whole day to myself when there were so many things I felt like I needed to get done at home.  But again the nagging thought came to me "if someone who loves books as much as I do doesn't attend, who will?"

The first panel was "Literary Bibliophilia: Novels about Novels, Fiction about Fiction" and included Lit Fest organizer and author Timothy Schaffert, book artist Peter Kuper, and authors Melanie Benjamin ("Alice I Have Been") and Mary Helen Stefaniak ("The Cailiffs of Baghdad, Georgia").  All three of the authors have written books that relate to other stories and Kuper has recently completed illustrating a Mexican edition of "Alice In Wonderland."  Benjamin defended her book against people upset that she "ruined" their memories of a childhood favorite because the book itself, "Alice's Adventures In Wonderland," was dark.  Kuper agreed; his recent illustrations reflect that.  He couldn't find a way to avoid Alice's horror.  Stefaniak said "The Arabian Nights" (as the stories are also known) were also dark.  Each story ended the same way, essentially saying "and so they were happy...until."

I skipped the next two panels, I must confess, because the day was just too beautiful to spend entirely inside.  I hit up my fav antique/second hand store, visited a new-to-me used book store and then I spent an hour drinking coffee and reading. 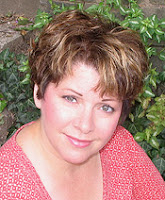 I really could have spent the rest of the afternoon there had not Melanie Benjamin and author Kevin Brockmeier not been doing a reading.  Benjamin told the audience about how she came to write Alice I Have Been and a bit about the history between Alice Liddell (Lewis Carroll's muse) and Charles Dodgson (a.k.a. Lewis Carroll).  Benjamin was inspired by a photograph that Dodgson had taken of seven-year-old Alice that she saw in an exhibit; Alice struck her as an old soul in a young body with an expression that was very adult and modern.  Then she read from the start of the book and the lady can really make her book come alive.  It was like watching an actress inhabiting a character.

Brockmeier talked about a new book he has coming out inspired by his desire to write a modern story with a classic twist, much like the newer fairy tales.  He read a "fable" about a man who buys a used coat only to discover that prayers keep appearing in the pockets as slips of paper.

The next session was a reading by Schaffert, Brockmeier and Kate Bernheimer from the book "My Mother She Killed Me, My Father He Ate Me," which I just squealed about on Friday.  Each of them has contributed a story to the collection which I'll talk about more when I review the book.  Again I was impressed by Bernheimer's knowledge of fairy tales but the Brockmeier and Schaffert were no slouches on the subject either. 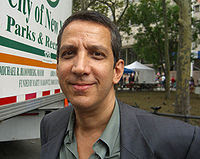 Kuper's session ended the Lit Fest.  He talked about his history of drawing (he started as a response to fear) and the difficulties in making a career of illustrating for books and magazines.  Kuper has done a lot of work for Time magazine, among other magazines and newspapers as well as illustrating his own graphic novels and a magazine that he has helped self-publish for 30 years. I'd had Mini-me and his best friend come down for the last two sessions as they are both creative types and they loved getting to see Kuper's work.

It was a really inspirational day but I can't tell you how hard it was for me to walk away without buying one single book--well, except for the two I bought for the boys to have signed.  Greatest signatures ever--I'll have to post pics soon!
Posted by Lisa at 12:59 PM
Email ThisBlogThis!Share to TwitterShare to FacebookShare to Pinterest
Labels: Omaha author, Omaha Lit Fest