me again by Keith Cronin

"I was born on a Tuesday morning. It was a difficult birth, because I was thirty-four years old."

Six years after slipping into a coma following a stroke, Jonathon Hooper miraculously wakes up. His body is atrophied and he can't remember much of anything or anyone from his past. Not the girlfriend who breaks up with him the first time she visits him, not the brother who seems to take a little too much pleasure in watching Jonathon suffer, not the parents who are so eager to have him remember his past. Not wanting to hurt anyone, though, Jonathon immediately decides it's best to let them think that even though he can't remember his previous life, he can remember them.

The only person who really seems to understand what Jonathon goes through in the next few months is Rebecca, a beautiful young woman who has also suffered a stroke and goes through rehabilitation in the same facility Jonathon starts out in. Neither Rebecca or Jonathon is the person they were before their strokes. In Jonathon's case, this soon proves to be a good thing; he was not a good person. But for Rebecca, it means that she is no longer than wife she once was, which puts a tremendous strain on her marriage.

Jonathon's mother works very hard to bring his memory back, pulling out photo album after photo album and having people his life stop by to visit. All of this seems to be moot until one afternoon Jonathon rounds a corner in the house to find the first familiar face he has seen. Once the door to memories has opened, it is only a matter of time before some of Jonathon's past comes back to him.

I can't recall my immediate thoughts when presented me again for review, but I'm quite sure that curiosity was the deciding factor in me agreeing to review this book because the words "stroke," "coma," and "humor" all appeared in the email. I had to see how Cronin could possibly make a book about stroke recovery humorous. Once again, an author has proved to me that a serious subject can be handled in a light way without making light of the subject. As soon as the staff in the hospital which has been housing Jonathon becomes aware he has awakened:

"Other voices joined in, overlapping each other in conversation, and the name Jesus came up repeatedly.

I formed my first conscious thought: I must be Jesus."

Ah, irreverence. This book and I are going to get along. Because, seriously, what would you think if you were Jonathon in this situation? And so the story goes; Cronin writes in a way that assured me that he knew what he was talking about when he described the experience of waking up from a coma, recovering from a stroke, and dealing with the aftermath of what the stroke has done. But doing it all with a sense of humor and irony.
" "Did you like that sherbet?"
"No, not particularly."
"Me neither." She leaned forward, her voice growing more insistent. "Now imagine everybody telling you that you used to just love orange sherbet. And that it's really important that you start loving it again."

"That's what my life is like right now. I don't like orange sherbet, but I used to. And now everybody want s me to like it again, and tells me that if I don't, I'm not the person I used to be. And not the kind of person they want to be with.""

There is a side story about that Cronin uses to demonstrate what a terrible person Jonathon used to be that Cronin uses in the end to solve a plot problem. This particular part of the book really didn't work for me. I did, however, think the way Cronin dealt with the relationship between Jonathon and his father was wonderfully real. Perhaps everything wrapped up a bit too neatly for my tastes but I liked the last line as much as I liked the first line. 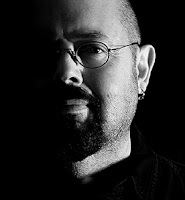 Thanks to TLC Book Tours for including me on this tour. For other opinions, view the full tour schedule. To learn more about Keith Cronin, visit him online at his website, keithcronin.com, or on Facebook.

**Well, this is embarrassing! Even though I had the book right in front of me as I wrote this review, I repeatedly referred to the author as "Kevin" instead of "Keith." I blame a flashback to my years listening to REO Speedwagen. No wonder I couldn't find Cronin on Twitter!
Posted by Lisa at 6:00 AM
Email ThisBlogThis!Share to TwitterShare to FacebookShare to Pinterest
Labels: book review, fiction, humor, TLC Book Tours