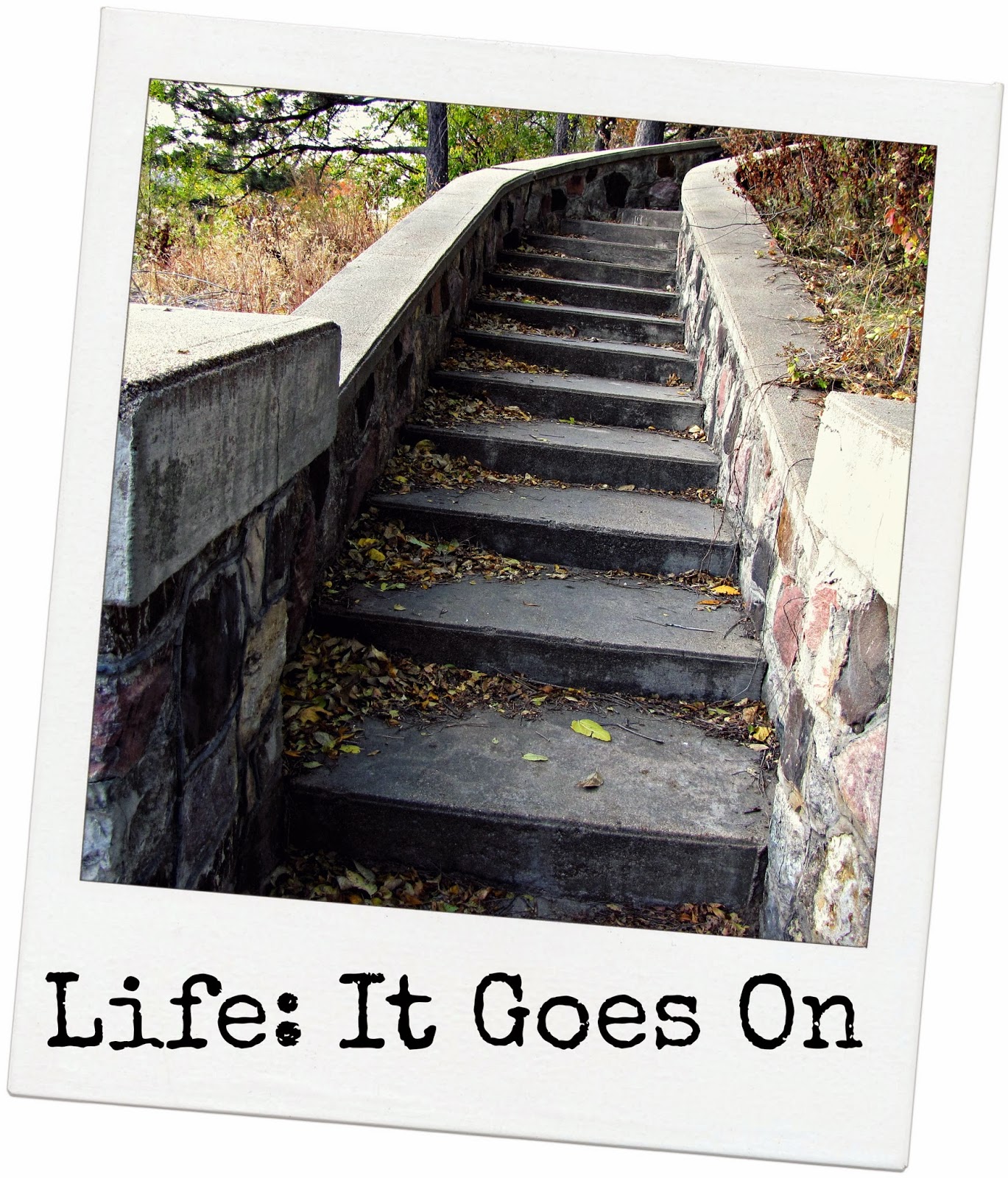 If I had not already resigned myself to the fact that fall has arrived, this week would have forced it on me. Monday I wore capris to work, Tuesday  I carried an umbrella, Thursday I wore a jacket and Friday I had to bust out a sweater. We even had to cover plants one night when we had a frost warning. I'm not quite ready to give up on my peppers, strawberries, tomatoes and flowering pots. The herbs will have to move inside for the ... well, you know, that nasty six-letter word that is the season that lasts entirely too long.

Listening To: I finished Sarah's Key yesterday. I know it's a much beloved book but for me it was a real disappointment. I'll start Laura Lippman's By The Spider's Thread tomorrow. 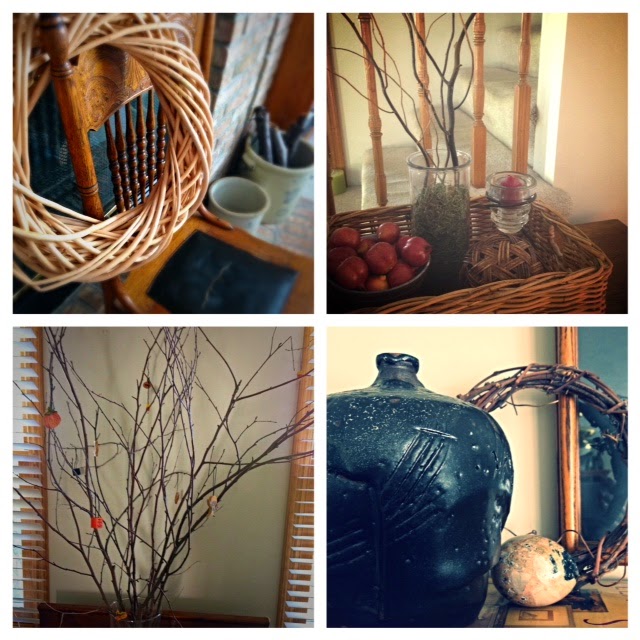 Watching: The baseball playoffs. We don't watch a lot of baseball here but when those 150 regular season games are nearly over and the games start to really count, then we get interested. Boy, are the Kansas City Royals giving fans something to cheer about this year - their first time to the playoffs since 1985 and three extra-inning games in a row. Very exciting. 1985 doesn't seem that long ago in some ways until I remember that we were still three years away from having our oldest and had only just moved to Omaha. We hadn't yet bought our first ever brand-new car or become homeowners. We still had all four of our parents and six of our grandparents. My how our lives have changed since the Royals last played when it really meant something!

Reading: I finished my 60th book of the year yesterday and started Kathleen Flinn's Burnt Toast Makes You Sing Good. I was, however, an utter failure at the FrightFall read-a-thon, forgetting entirely that I was planning on devoting more time to reading during the week and had planned to read a thriller.

Making: Beef stroganoff, pumpkin spice cake with cream cheese frosting, barbecued chicken pizza and, today, BLT's - because we've still got just-picked tomatoes to use and there's not a better way!

Planning: Not so much my plan as Miss H's - she is thinking of moving out with a couple of friends so we are starting to think about what she will take, what she will need, and, incidentally, if she can really afford it. I'm not sure she's quite ready for it and I'm finding out that I'm definitely not. But when your kids are grown adults, there are somethings we've just got to accept. Even if inside, you're not happy. 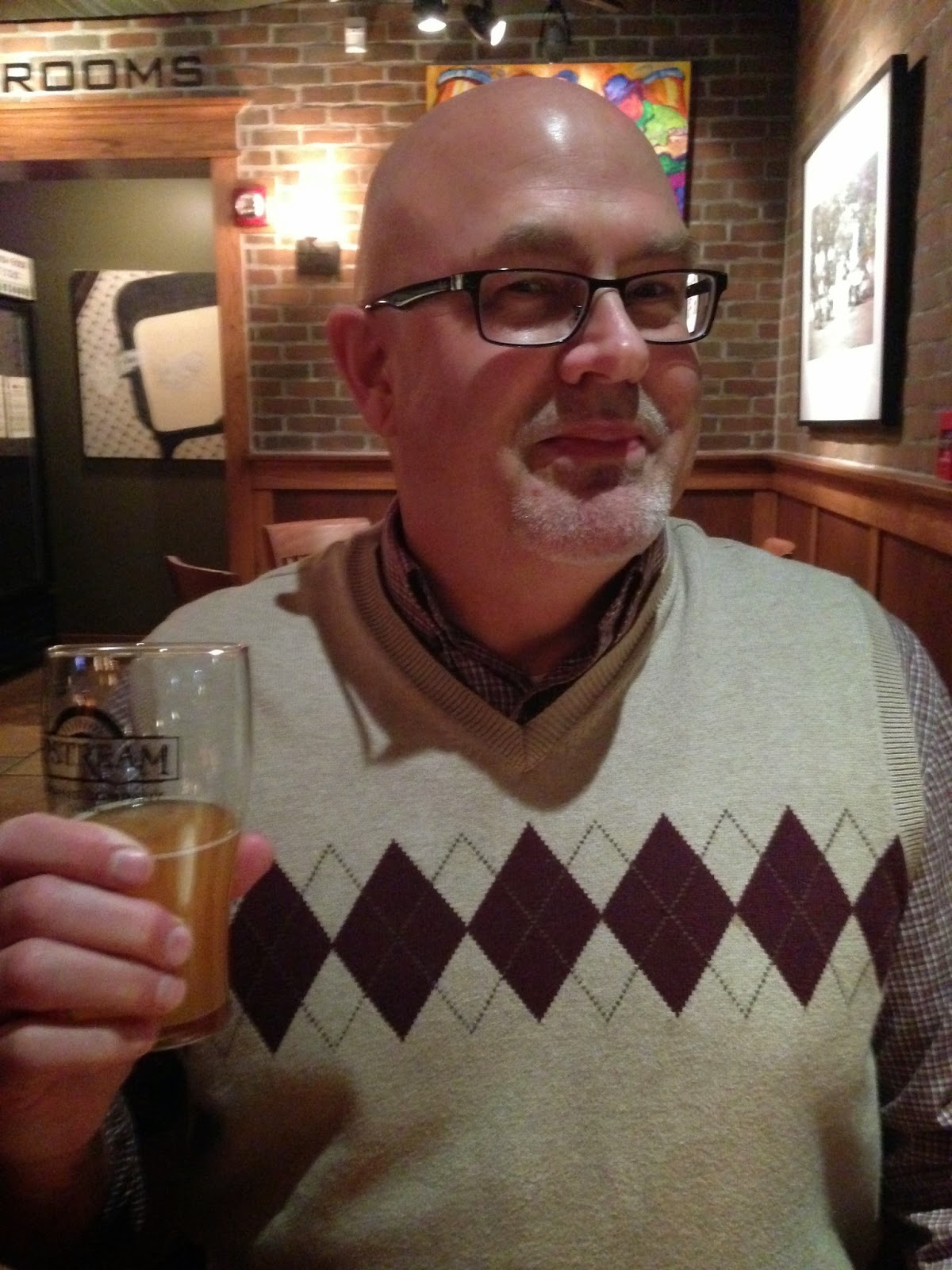 Grateful for: The Big Guy - again - for being so patient with me the past month as I've battled a cold, a stomach bug, and the knee recovery (will that ever end???). He's been so patient and has taken such good care of me!

Enjoying: Getting my fall stuff out and up. I've used so much from my yard this year that I don't even have room for my pumpkins.

Feeling: Like it's time for me to just push on through the pain that is my knee these days. BG was a wreck last night when he came home and found out I'd been up on a step stool when there was no one home but I'm tired of sitting around.  If my dad can keep going with his back sore all of the time, I can buck up and get off my butt!

Looking forward to: Many birthday celebrations this month - two nieces, a brother, a cousin, a nephew-in-law, myself, and my mom - plus BG and I will celebrate our anniversary and the 35th anniversary of the day we met!

Posted by Lisa at 12:58 PM
Email ThisBlogThis!Share to TwitterShare to FacebookShare to Pinterest