On The Sickle's Edge by Neville D. Frankel 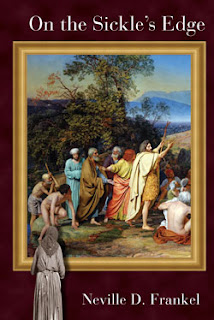 On The Sickle's Edge by Neville D. Frankel
Published January 2017 by Dialogos
Source: my copy courtesy of the publisher and TLC Book Tours in exchange for an honest review

Publisher's Summary:
A sweeping masterwork of love and loss, secrets and survival, On the Sickle’s Edge is told through the voices of three characters who lay bare their family’s saga: the endearing, scrappy South-African born Lena, transported to Latvia and later trapped in the USSR; her granddaughter Darya, a true Communist whose growing disillusionment with Soviet ideology places her family at mortal risk; and Steven, a painter from Boston who inadvertently stumbles into the tangled web of his family’s past. Against the roiling backdrop of twentieth-century Russia and Eastern Europe, the novel delivers equal parts historical drama, political thriller and poignant love story.

My Thoughts:
When the ladies at TLC Book Tours sent me an email about upcoming tours a couple of months ago, the buzz worlds for this book were: Jewish literature; interest in Eastern Europe, Latvia, Russian Empire, Bolshevik Revolution, Stalinist era, Soviet-era life and politics, Moscow. So. Many. Interesting. Things!

When the book arrived, I began to have some doubts. I know, I know, I'm not supposed to judge a book by its cover. But I could not understand what that cover had to do with a book about Russia, for one thing.  And it made me wonder if this was going to be a very religious book, not exactly what I was expecting. Eventually, I came to understand why the cover shows a woman looking at a giant work of art; it's an integral part of Lena's story.

The book opens with Steven lying in wait outside a dacha, with a gun. We won't know why for several hundred pages because we almost immediately start Lena's story. Frankel moves along at a good pace explaining how a Jewish Russian family came to be living in South Africa (hint: the Tsar's men were involved and the Jews weren't much liked - surprise!) when Lena was born and why some of them returned to Russia, leaving two of Lena's brothers behind. But life for Jews in Russia was, unbelievably, even harder for those who returned and the family had to make a life saving decision that would have ramifications through the next two generations.

Lena just becomes a more and more interesting character as the book progresses, passionate about her family, resilient, fierce and fearless. In her life she loses brothers, a sister, a husband, a child. Which makes her all the more determined to do things the right way when her granddaughter, Darya, is placed in her custody. Much to Lena's dismay, Darya becomes a perfect little Soviet citizen which lead her to fall under the spell of a man who will cause long held secrets to be revealed and put the entire family in grave danger.

Just as I'd suspected from that initial email, there was so much to learn in this book about the history of Jews in Russia, the evolution of Russia into the Soviet Union and back again, life in the Soviet Union for average citizens. I couldn't help but wonder throughout just how much of the novel was based on Frankel's family's own history. Did that painting hold some special place for his family? Did they get separated by a revolution, a religion, and continents as the Shteins did? And how many other Jewish families were torn apart in this way? 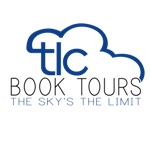 Thanks to the ladies at TLC Book Tours for including me in this tour! For other opinions about this book, check out the full tour here.

Born in Johannesburg, South Africa, Neville Frankel immigrated to Boston with his family when he was 14. After graduating from Dartmouth College, he pursued doctoral work in English literature at the University of Toronto. While in Canada, he wrote The Third Power, a well-reviewed political thriller about the transformation of Rhodesia to Zimbabwe. He also received an Emmy for his work on a BBC documentary, The Mind of a Murderer: Part 1. In 2005 he returned to South Africa for the first time in 38 years. Over the next decade he went back several more times, researching what would become Bloodlines. He has recently completed work on his newest novel On the Sickle’s Edge, set in 20th-century Eastern Europe, South Africa and the United States.

Neville is a 2013 Jewish Book Council Author and has participated in speaking engagements around the country. A highlight of his Bloodlines book tour was addressing the Board of South Africa Partners and the South African Ambassador to the United States. When he’s not writing, Frankel works as a financial planner. He also has a keen passion for painting. Frankel has three grown children and lives outside Boston with his wife Marlene.