When The Moon Is Low by Nadia Hashimi 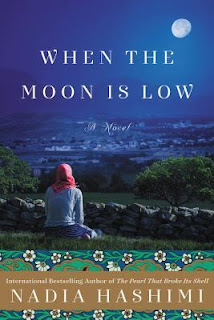 When The Moon Is Low by Nadia Hashimi
Published July 2015 by HarperCollins Publishers, paperback edition April 2016
Source: my copy courtesy of the publisher and TLC Book Tours in exchange for an honest review

Publisher's Summary:
Mahmoud's passion for his wife Fereiba, a schoolteacher, is greater than any love she's ever known. But their happy, middle-class world—a life of education, work, and comfort—implodes when their country is engulfed in war, and the Taliban rises to power.

Mahmoud, a civil engineer, becomes a target of the new fundamentalist regime and is murdered. Forced to flee Kabul with her three children, Fereiba has one hope to survive: she must find a way to cross Europe and reach her sister's family in England. With forged papers and help from kind strangers they meet along the way, Fereiba make a dangerous crossing into Iran under cover of darkness. Exhausted and brokenhearted but undefeated, Fereiba manages to smuggle them as far as Greece. But in a busy market square, their fate takes a frightening turn when her teenage son, Saleem, becomes separated from the rest of the family.

Faced with an impossible choice, Fereiba pushes on with her daughter and baby, while Saleem falls into the shadowy underground network of undocumented Afghans who haunt the streets of Europe's capitals. Across the continent Fereiba and Saleem struggle to reunite, and ultimately find a place where they can begin to reconstruct their lives.

My Thoughts:
So you know how publisher's summaries generally give you maybe a third of the story? Yeah, this one goes much further than that. So, if the summary intrigues you, add it to your list then don't pick it up to read the book until you've forgotten what you read here.

The other interesting thing about this summary is that it doesn't start at the beginning of the book. It's Fereiba's early years that color all of her choices - the death of her mother at her birth, a father who cannot stop grieving and can't face Fereiba without thinking of his dead wife, a stepmother who gives her just enough to make Fereiba hope for a mother's love but not much more, and an angel, who promises to watch over her through her life. For the first half of the book, the story is Fereiba's - a story of longing, heartache, anguish, fear, and hope.

Once Fereiba and her children are forced to flee Afghanistan, the story shifts and becomes more and more Saleem's story. Told from the third person, although Saleem's life is more desperate and more reflective of the trials of refugees, it becomes more distant and harder to connect with the story. Because Hashimi wants to leave her reader with hope, things never quite become as tense and horrible as they might have. Still, with the continuing refugee situation in the Middle East (and world wide), it's important to put readers into the shoes of the disenfranchised, to make those of us sitting in our comfortable homes understand how hard life can be and to, hopefully, become more compassionate.

You know how much I enjoy books set in the Middle East and this one was no exception. Hashimi does a wonderful job of immersing readers into the culture of Afghanistan and making them understand life, particularly as a woman, in the region. The book could have benefited from more editing where it sometimes became repetitive, but I became caught up in Fereiba's story, the story of a mother who is fighting to make a better life for herself and her children.

Thanks to the ladies at TLC Book Tours for including me on this tour. For more reviews, check out the full tour. 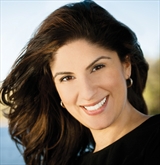 Nadia Hashimi’s parents left Afghanistan in the 1970s, before the Soviet invasion. She was raised in the United States, and in 2002 she visited Afghanistan for the first time with her parents. Hashimi is a pediatrician and lives with her family in suburban Washington, D.C. Find out more about Nadia at her website, connect with her on Facebook, and follow her on Twitter.

She is the author of The Pearl That Broke Its Shell, which I enjoyed and reviewed here. As long as Hashimi continues to write books about the women of Afghanistan that make me think, I will continue to read them.