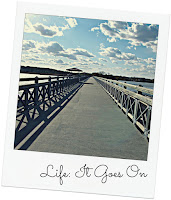 Any of you headed to Nebraska to see the totality of the solar eclipse? We're expecting quite a lot of visitors this weekend, through tomorrow; it's impacting travel across the state but a tremendous boost to local economies along the path. The Big Guy will head south a bit so he can see the totality but I'm just going to have to live with seeing most of it since I don't want to take off work. Luckily, my office is feeding us all pizza and giving us all glasses to go out and watch so I won't miss it all.

Starting to get to be harvest season around here. We've been getting quite a lot of tomatoes, rhubarb and cucumbers, yesterday a coworker gave me a purple pepper from her garden, and last night I picked up a crate of peaches that had come in from Colorado. I love this time of year! 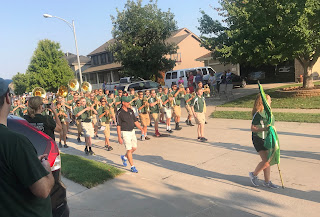 Listening To: Lots of podcasts, this week mostly episodes from Stuff You Should Know. Cranked up some music as well, including some Sia. Oh yeah, and the high school band marching through the neighborhood, fundraising. Woke up this morning to the sound of the drums as they made their way up our street. Grabbed some clothes and got to the front porch in time to watch them do a couple of mini-concerts for neighbors.

Watching: Some of the book club, a friend and I went to see the film adaptation of Jeanette Walls' The Glass Castle. We were impressed with the acting and I thought they were, for the most part, very faithful to the book. As tough as it was to watch, it still wasn't has hard as it hard been to read.

Reading: I finished Amanda de Cadenet's It's Messy on Friday (review this week) and I'm dipping my toes into books right now trying to find something that sticks. My brain wants to get back to something meaty but my gut says I'm not ready for that. In the meantime, I'm trying things that are a bit different from my usual read. I picked up The Sisters Brothers yesterday but I'm not sure about that so I may pick up Revenge Wears Prada: The Devil Returns or grab something by Nora Ephron. It's always a good time for Ephron!

Making: Banana bread, peach/rhubarb tarts, and apple cake with caramel sauce. There's clearly someplace in my head that is ready for fall, what with all of this baking!

Planning: On a small redecorating project in Miss H's bathroom this week. I've ordered a new shower curtain and some artwork. When the shower curtain gets here, I'll head out to pick up some new towels and a rugs. I don't think I'll paint but once the curtain gets here then I'll know if I need to do that. Still pondering new flooring - I've never done that before! This could turn out to be a much bigger project than I initially planned!

Thinking About: Looking for a reading chair. I really want to create a reading corner where I can read in quiet, without the television blabbing on in the same room.

Enjoying: Evenings on the patio and a visit yesterday from BG's oldest brother as he went through town. He is one of my favorite people so we're always happy to spend time with him. 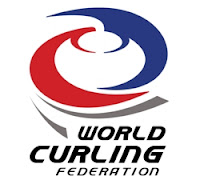 Feeling: Tired. Which is odd since we've had a very quiet weekend.

Looking forward to: Curling Night In America next weekend. It's an international event being held here in Omaha. I'm so excited to see curling live!

Question of the week: How's back to school going for those of you who have kids still in primary and secondary schools? I miss some of the activities of those school days but I don't miss having to get everyone out the door in the morning or fighting homework in the evenings!