I know, I know--it's not Sunday...again. But I was so wrapped up in football and AMC's "The Prisoner" that I just couldn't tear myself away from the television long enough to get on the computer.

I first found out about AMC's mini-series of "The Prisoner" one evening when I was channel surfing and came across episodes of the original television program "The Prisoner" on IFC. I had to watch the episodes. It was a flashback to my childhood. My dad and I watched it together when it was on in tv in 1967 to 1968. It certainly doesn't seem like the kind of show a kid would watch, but there were only four channels in those days and none of them catered to children's programming in the evening, only family shows. We also watched "All In The Family" and "I, Spy" with Bill Cosby and Robert Culp.

My dad read to my siblings and me at bedtime. I remember us as always sitting in the hall; I have no idea why we didn't sit on the sofa except that the hall spot was right by our bedrooms. In particular, I remember Mark Twain's "Tom Sawyer" and "The Adventures of Huckleberry Finn." My dad didn't just read the books to us, he performed them. Which must have been quite a feat with three little bodies pressed in against yours. 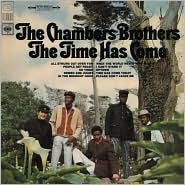 I've mentioned that my dad is an avid reader. He is also a tremendous lover of music. All kinds of music. So that while classical music was on the car radio almost exclusively when he could find it, I also remember listening to "Woodstock" on our console stereo and one night being allowed to fall asleep on the living room sofa listening to The Chambers Brothers' "The Time Has Gone." It seems an odd choice in retrospect, but I remember it being very soothing.

As the holidays approach, I always find myself thinking of the past. At Thanksgiving, in particular, I am grateful for the very normal upbringing I was given along with the twists that made our life uniquely our own.
Posted by Lisa at 8:03 PM