Two years ago,at about this time, I started to hear a lot about a little thing called Book Expo America (BEA) being held in New York City. Okay, BEA is definitely NOT a "little" thing. It's a huge deal, with hundreds of publishers and publicists showing off their upcoming offers to librarians, book store buyers, reviewers and bloggers alike. It seemed like every blogger I follow was there, posting pictures and writing about the glorious fun they were having. A week or so later, posts with pictures of all of the books they had picked up at BEA began appearing. I was feeling mighty left out. But I had only just decided to write a book blog so I had no idea that people like little 'ole me could even go. Last year, my envy grew by leaps and bounds when I realized that I could, in fact, go to BEA (assuming it were financially and logistically feasible, which it wasn't). To make matters worse, I was missing the first ever Book Bloggers Convention. 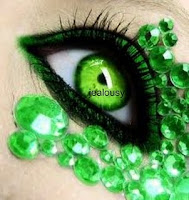 This year I was definitely going to go. A friend, who is also a blogger, has moved to New Jersey. I could stay with her and it was only a short train ride to get into the city. Perfect. Except that life interfered. Things in my house are not conducive to me being gone and my friend is going to Italy with her husband this week. Hurray for her! Not so much for me. My life is insane right now and I didn't think I'd be able to join Armchair BEA as a consolation but just today I decided to make the time. Because maybe, just maybe, it will allow me to keep that green-eyed monster at bay.

Day One Assignment for Armchair BEA: Introduce Yourself
Lit and Life kicked off on May 28th, 2009 with a small post that no one read because I hadn't even told anyone I was doing it yet. On May 31st my first book review, The Invention of Everything Else by Samantha Hunt. With every post, every day for months afterwards, I drove my husband crazy with my squealing as I learned new things that could be done on my blog. Not long afterward, I began driving him even crazier when I start squeeing every time a new book arrived in my mailbox (I'm sorry to say, it's not a condition I've outgrown).

So who am I? Those of you who follow me regularly already know more about me than you could ever wish to know. For the rest of you, I'm a mother (three of my own and a couple of dozen who I'm proud to say call me Mama Shepp) and a wife (we've been married since dinosaurs roamed the earth). I read (duh), love musicals, enjoy cooking and baking, and am, I must admit, something of a control freak (stop laughing, family). Clearly I'm also a fan of the parentheses! I'm part of a family of readers and you can expect to find period guest reviews from some of them as well as book recommendations from several others. If I could put one book in everyone I meet's hand's, it would be Margaret Atwood's The Handmaid's Tale because it's a brilliant, thought-provoking and prescient piece of literature.

Posted by Lisa at 12:29 AM
Email ThisBlogThis!Share to TwitterShare to FacebookShare to Pinterest
Labels: Armchair BEA