Happy May Day! Does anyone out there still deliver May baskets? My kids always did May baskets when they were younger; I kind of miss them! Although I don't miss trying to get all of those baskets to school without having them all spill over.

I was very excited this week to getting an email telling me that I had won a set of books for my local library branch. Thanks to Audry Niffenegger, the American Library Associate, Regal Literary, Houghton Mifflin Harcourt, and Abrams Comic Arts for hosting the giveaway. My library will be receiving copies of The Time Traveler's Daughter, Her Fearful Symmetry and The Night Bookmobile. Yea for my library! 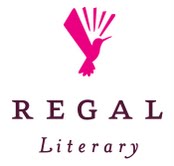 And this from Unbridled Books:
Unbridled Books is pleased to announce that it is going back to press for Timothy Schaffert's new novel, THE COFFINS OF LITTLE HOPE. This May release is moving into stores now. Reviews for the title have been superb, including a starred Publishers Weekly and a rave in The New York Times, with more online and major media scheduled to land soon. THE COFFINS OF LITTLE HOPE is also a Midwest Connections Pick for May as well as a May Indie Next Pick.

"We're thrilled for Timothy," said editor and co-publisher Greg Michalson. "We think this is his break-out book."

Schaffert is the author of three other acclaimed novels: THE PHANTOM LIMBS OF THE ROLLOW SISTERS, THE SINGING AND DANCING DAUGHTERS OF GOD, and DEVILS IN THE SUGAR SHOP, all of which are selling briskly nationwide.

Schaffert is the founder of the (downtown) Omaha Lit Fest and teaches at the University of Nebraska-Lincoln. He has created a playful website featuring the book within his new book at http://rothgutts.com/.

Coming up this week, my review of William Boyd's Ordinary Thunderstorms and the return of Fairy Tale Fridays. I'll be reading Island Beneath The Sea by Isabel Allende; I'm a huge fan so I'm thrilled to be part of the TLC Book Tour for this one. What's on your agenda this week?