The World We Found by Thrity Umrigar

The World We Found by Thrity Umrigar
Published January 2012 by HarperCollins Publishers
Source: my copy courtesy of the publisher and TLC Book Tours

Four friends, inseparable growing up, dedicated to a common cause through college and the two young men who desperately want to catch the eye of two of the young women.

Thirty years later, none of the six is where they imagined they would be and they have drifted apart. But when one of the women is diagnosed with an inoperable brain tumor and given only six months to live, she wants nothing more than to be with her friends again. From half way across the world, Armaiti reaches out to Kavita and Laleh, imploring them to find Nishta and come from Mumbai to the U.S. She needs these women to watch over her daughter, Diane, after she is gone. Finding Nishta will be the easy part; getting Nishta on the plane will prove a much more difficult task and memories will overwhelm all six of the once-idealistic friends.

The other day Ryan, of Wordsmithsonia, asked his readers to tell him about a book that they liked but had a hard time explaining why. At the time, I had a hard time coming up with a book. Now I think that book is The World We Found. It's not because I don't know why I liked this book; I do. Sometimes, though, it's just so difficult to put it into words. 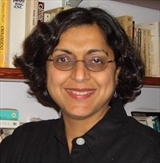 Umrigar always creates marvelous, multi-dimensional characters with incredible depth. India comes alive in her hands - I never fail to want to travel there after reading one of Umrigar's books. The relationships between her characters are incredibly real. Most importantly, Umrigar's books always make me think - about the world and about the way I see it.

But does that say why I like this particular book? I'm not sure. Perhaps the thing that sets this book apart for me were the internal struggles some of the characters fought. Iqbal, Nishta's husband, might be the "bad" guy of The World We Found but Umrigar makes the reader understand him by showing the reader how he became the person he is and how hard everyday is for him. Armaiti struggling to come to terms with her own death and how it impacts those around her. Laleh and Adish's marriage which is, as all marriages are, a daily struggle to combine two different people into one unit.

A huge thank you to TLC Book Tours for including me on this tour. I have no doubt that The World We Found will make it's way to the list of my favorite books this year, as did the other Thrity Umrigar books I've read, The Weight of Heaven and The Space Between Us. For other opinions about this book, see the full tour list. To learn more about Umrigar and her work, check out her website.
Posted by Lisa at 1:30 AM
Email ThisBlogThis!Share to TwitterShare to FacebookShare to Pinterest
Labels: book review, India, literary fiction, TLC Book Tours