It's that time of year again, time that finds us looking back on the year that's been.

While I haven't read as many books as I would like to have this year, I certainly have read a lot of books that have stayed with me. In fact, it's very difficult for me to narrow it down to just ten overall. So I won't. Instead, here are my favorite fiction, non-fiction and audiobooks for 2013. Some you will see under both fiction and audiobooks as they deserve a spot for both the writing and the reading.

The Thirteenth Tale by Diane Setterfield -
City of Women by David Gillham
A Land More Kind Than Home by Wiley Cash
The Gods of Heavenly Punishment by Jennifer Cody Epstein
The Orchardist by Amanda Coplin
Where'd You Go, Bernadette by Maria Semple
The Wind-Up Bird Chronicle by Haruki Murakami
Gone Girl by Gillian Flynn
Night Film by Marisha Peitl
Looking For Me by Beth Hoffman

Moranthology by Caitlin Moran
Prague Winter by Madeleine Albright
The Year of Magical Thinking by Joan Didion
Lots of Candles, Plenty of Cake by Anna Quindlen
Half The Sky by Nicholas Kristoff and Sheryl WuDunn

I find I've done a lot of traveling through reading this year - quite of lot of time spent in England, France and Italy but I've also visited China, Japan, India, Pakistan, Bangladesh, the former Yugoslavia, Germany, Russia, Belgium, Chile, Afghanistan, Holland, Australia, Czechoslovakia, and much of the African continent. One of my favorite things about reading is learning about other people and places and this has been a banner year. 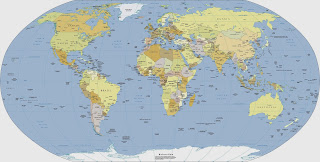 My favorite fiction reads this year tended to be character driven, although plenty of plot-driven novels piqued my interest (Under The Dome, Gone Girl, and Night Film). I spent almost as much time in the past as I did in the present. My experience with audiobooks was mixed which I find had as much to do with the narrator as it did with the story.

I've had better luck with getting through challenges than usual although I'm still working on a couple of them as the year runs down.

As always happens when I'm looking back at a year, my thoughts start to stray to the coming year. More next week on what I'm looking forward to in 2014!
Posted by Lisa at 1:30 AM
Email ThisBlogThis!Share to TwitterShare to FacebookShare to Pinterest