Chasing The Sun by Natalia Sylvester

Chasing The Sun by Natalia Sylvester
Published June 2014 by Houghton Mifflin Harcourt
Source: my copy courtesy of the publisher and TLC Book Tours in exchange for an honest review

Publisher's Summary:
Andres suspects his wife has left him—again. Then he learns that the unthinkable has happened: she’s been kidnapped. Too much time and too many secrets have come between Andres and Marabela, but now that she’s gone, he’ll do anything to get her back. Or will he?

As Marabela slips farther away, Andres must decide whether they still have something worth fighting for, and exactly what he’ll give up to bring her home. And unfortunately, the decision isn’t entirely up to him, or up to the private mediator who moves into the family home to negotiate with the terrorists holding Marabela. Andres struggles to maintain the illusion of control while simultaneously scrambling to collect his wife’s ransom, tending to the needs of his two young children, and reconnecting with an old friend who may hold the key to his past and his wife’s future.

My Thoughts:
Chasing The Sun is exactly the reason readers should read books set in different places, different climates. Set in Lima, Peru, Chasing The Sun takes readers out of their comfort zone, putting them right in a place where life is much more dangerous, even if you have money.

Andres and Marabela live a life of privilege but in a time and place where there is a clear line between the "haves" and the "have nots" and the political climate is volatile. With a marriage that is already in peril and a history of betrayals behind them, this is as much a story about a marriage as it is  about a kidnapping.


"In the kind of darkness where Marabela is being held, he imagines that each second seeps into her, multiplying her fear exponentially as they pass. Every day that she stays there means another day he hasn't paid, and that's what scares Andres the most - after all these years, Marabela will finally have proof that she was right about him all along."

You might expect the book to be action-packed but it is surprisingly slow paced as the focus is on the painstakingly long wait that the family endures. I sometimes felt like the book lost focus during the time between calls between the kidnappers and Andres but looking back, that time set up much of the future interaction between the characters and was necessary to the story.


"Sometimes she tried convincing herself that there was one moment, one action, that destroyed their marriage. It was easier to blame Andres when she let herself feel the pain and anger brought by his actions, but even then, she knew it was anchored by years of truths and lies they couldn't face. "

I was impressed that this was a debut novel by a young writer. Slyvester has a wonderful way of expressing the emotions of a long marriage that is impressive for someone who has not experienced one.


"Their marriage didn't change from night to day; there were sunrises, and sunsets, and times when the sky was neither dark nor light, when the dawns and the dusks became indistinguishable from the constant fog they tried to ignore."

When I set about making a list of favorites for 2014, I was disappointed that I had read so few books that could even make the list. My reading luck has turned - Chasing The Sun makes the list. Andres and Marabela are flawed characters who make it hard to care for them. But Sylvester makes readers care about their situation and relationship. What we say, what we don't say, what we carry with us - exploring these things are what really made this book work for me. 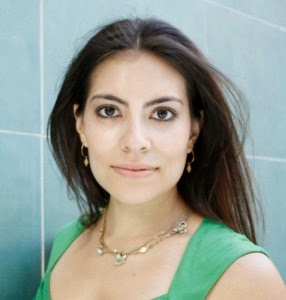 Thanks to the ladies of TLC Book Tours for including me on this tour. I'm never disappointed by the chance to learn more about another culture, but sometimes I'm richly rewarded as I was with Chasing The Sun. For other opinions about this book, check out the full tour.

Natalia Sylvester was born in Lima, Peru. She came to the U.S. at age four and grew up in South Florida, where she received a B.A. in creative writing from the University of Miami. A former magazine editor, Natalia now works as a freelance writer in Austin, Texas.