Fairy Tale Friday - In The News

Neil Gaiman fans, look what I have for you! Gaiman and artist Lorenzo Mattotti are teaming up to pair Mattotti's illustrations with Gaiman's retelling of the classic Brothers Grimm fairy tale "Hansel and Gretel."

According to Gaiman, "In order for stories to work - for kids and adults - they should scare. And you should triumph. There's no point in triumphing over evil if the evil isn't scary."

Sadly, fans will have to wait a bit longer for this one; it's scheduled to be released October 28, 2014. The book will include an historical account of the evolving tale and according to publisher, TOON Graphics.

I'm hearing good things about Disney's "Maleficent." My son went to see it the other night and really enjoyed it. When a twenty-six-year-old enjoys a movie that's I'm told is great for kids, a really family film, I'm impressed. The other thing I'm hearing is that moviegoers who are fans of the Sleeping Beauty tale should realize that this is a film built around a fairy tale. Think of something like all of those fairy tale retellings that have been coming out in book form that are far more true to the setting and style of the story than say, the Hansel and Gretel movie that came out a couple of years ago that turned them into killing machines.

Now if you're really a stickler for details, you may have noticed that the live-action Maleficent's horns don't quite match up with the animated version. Which has some people's panties in a bunch. I'm thinking it hardly matters as long as the horns made an appearance. What do you think? 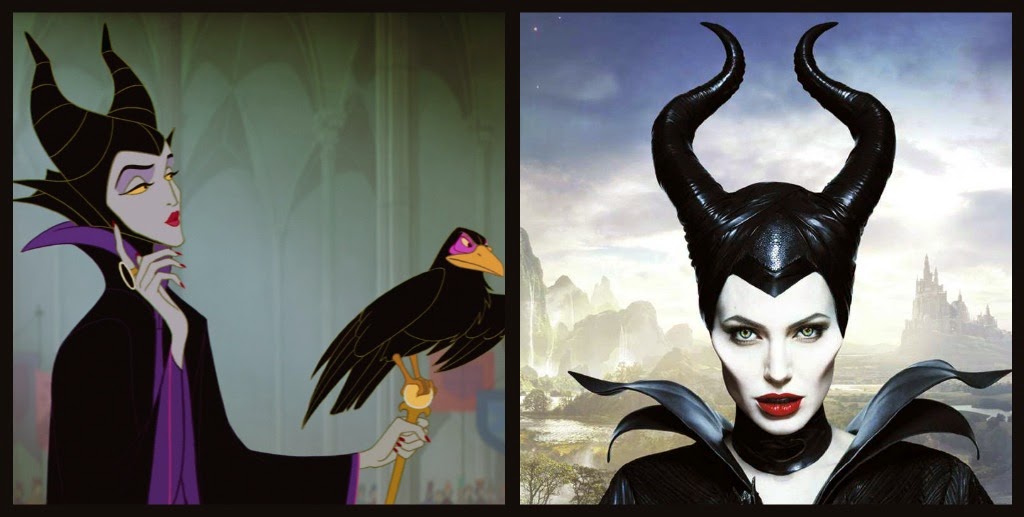 My guys, in their typical fashion, are more prone to compare live-action Maleficent's horns to Tim, The Enchanter from Monty Python's "Holy Grail." I'm thinking Jolie is slightly more attractive. 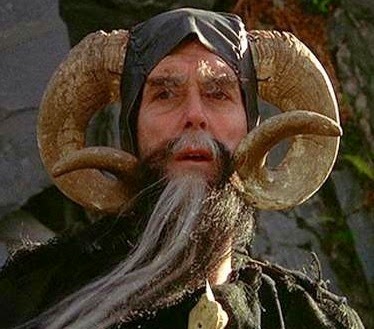 Posted by Lisa at 10:18 PM
Email ThisBlogThis!Share to TwitterShare to FacebookShare to Pinterest