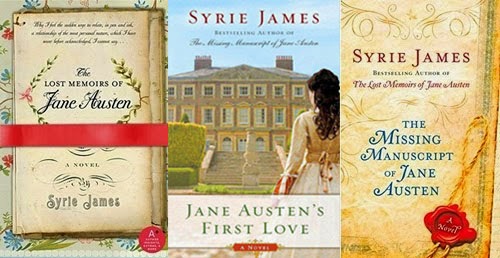 One of the greatest pleasures of being a novelist is that you get to climb into the minds and hearts of the characters you’re writing about, and bring them to life on the page. I enjoy writing many types of fiction, from contemporary love stories and romance to suspense and the paranormal, but one of my favorite genres (one I return to time and again) is historical fiction—and I particularly enjoy writing about real people. Choosing to tackle a famous historical figure, however, is full of challenges. I do an enormous amount of research, because I feel a great responsibility to portray them as accurately as possible. But novel readers aren’t looking for a biography or a simple recounting of facts; they want a narrative tale. They want active scenes, realistic dialogue, meaningful interior monologue, and a satisfying character arc. In short, they want the author to use his or her imagination to bring the person to life, while still honoring the truth of their known history. It’s a challenge I absolutely love!

Jane Austen is one of my favorite writers, and my desire to give her a romance of her own inspired my first Austen novel, The Lost Memoirs of Jane Austen, in which a mature Jane has a passionate, life-changing romance with a dashing kindred spirit. My wish for a seventh Austen novel, and the speculation of how much fun it would be to find one, led me to write The Missing Manuscript of Jane Austen. My new novel, Jane Austen’s First Love, differs from the others in several ways: the object of the youthful Jane’s affection, Edward Taylor, was a very real (and truly remarkable) young man; in fact, nearly every single character in the book is a real person who Jane Austen knew; all the manor homes they live in and all the places Jane visits are completely real; and the story itself is inspired by actual events in Austen’s life.

Austen scholars didn’t know much about Edward Taylor, except that he was heir to Bifrons Park, an ancestral estate some five miles from Goodnestone Park in Kent, home of the Bridges family (Elizabeth Bridges married Jane’s brother Edward Austen in 1791.) They knew, from Jane’s mentions of Edward Taylor in her correspondence, that she was deeply enamoured of him as a teenager. But that was about it. Imagine how excited I was when, after extensive research, I uncovered the truth about Edward Taylor—a treasure trove of information which Austen biographers weren’t aware of! Knowing that Edward Taylor was a real person who Jane Austen adored, and that I had in my possession so many little-known facts about him, was thrilling. My research (and the existence of Jane’s short story, “The Three Sisters”) led me to believe that Jane visited Kent in the summer of 1791 to celebrate the engagement of her brother Edward to Elizabeth Bridges. In my novel, Jane not only meets the young ladies who inspired that short story, she also meets and falls in love with the irresistible Edward Taylor, a young man who challenges her to see the world differently.

I spent a great deal of time researching every single person in Jane Austen’s First Love, from the Austen, Taylor, and Bridges families and their offspring (Sir Brook and Lady Bridges had eleven children!) to their neighbors, cousins, and suitors. I learned about the history of Bifrons Park and Goodnestone Park, where most of my novel is set. In order to depict Goodnestone Park accurately, I visited the estate and was fortunate to get a personal, guided tour of the manor home and its vast, beautiful grounds by a member of the FitzWalter family—a descendant of the Bridgeses who Jane Austen knew over two hundred years ago. Jane Austen’s First Love was a challenge to write, but it was also a labor of love. I’m thrilled when people tell me how much they love the novel, and I hope new readers will discover it and enjoy the tale of the extraordinary young man who first stole Jane Austen’s heart!

Thanks, Syrie! My review of the book will be posted tomorrow along with exciting details about a prize pack giveaway Ms. James is hosting!

Increase your chances of winning by visiting multiple stops along the tour! Syrie's unique guest posts will be featured on a variety of subjects, along with fun interviews, spotlights, excerpts, and reviews of the novel. Contest closes at 11:59pm PT, December 21, 2014. Five lucky winners will be drawn at random from all of the comments on the tour, and announced on this page on December 22, 2014. The giveaway contest is open to everyone, including international residents. Good luck to all!
Posted by Lisa at 1:30 AM 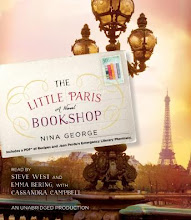