The Swans of Fifth Avenue by Melanie Benjamin

The Swans of Fifth Avenue by Melanie Benjamin
Published January 2016 by Delacourt Press
Source: my copy courtesy of the publisher by way of Netgalley

Publisher's Summary:
Of all the glamorous stars of New York high society, none blazes brighter than Babe Paley. Her flawless face regularly graces the pages of Vogue, and she is celebrated and adored for her ineffable style and exquisite taste, especially among her friends—the alluring socialite Swans Slim Keith, C. Z. Guest, Gloria Guinness, and Pamela Churchill. By all appearances, Babe has it all: money, beauty, glamour, jewels, influential friends, a prestigious husband, and gorgeous homes. But beneath this elegantly composed exterior dwells a passionate woman—a woman desperately longing for true love and connection.

Enter Truman Capote. This diminutive golden-haired genius with a larger-than-life personality explodes onto the scene, setting Babe and her circle of Swans aflutter. Through Babe, Truman gains an unlikely entrée into the enviable lives of Manhattan’s elite, along with unparalleled access to the scandal and gossip of Babe’s powerful circle. Sure of the loyalty of the man she calls “True Heart,” Babe never imagines the destruction Truman will leave in his wake. But once a storyteller, always a storyteller—even when the stories aren’t his to tell.

Truman’s fame is at its peak when such notable celebrities as Frank and Mia Sinatra, Lauren Bacall, and Rose Kennedy converge on his glittering Black and White Ball. But all too soon, he’ll ignite a literary scandal whose repercussions echo through the years. 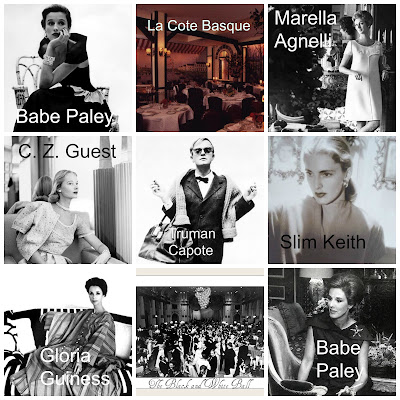 Email ThisBlogThis!Share to TwitterShare to FacebookShare to Pinterest
Labels: based on reality, book review, women's fiction