For all that the members of the Continental Congress of 1776 looked alike (and they were, of course, all white and all men), they did not enter that assemblage at all united in their beliefs about what was best for the lands they served. There were valid arguments to be had on both sides and repercussions to be considered from countries beyond just Great  Britain. No doubt voices were raised, fists were waved, threats to walk out were made. But, in the end, the delegates to that Congress, through discussion, consideration of what their constituents wanted, and compromise, voted to band together to break away from Great Britain. 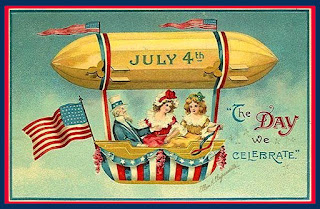 Compromise is a word we seem to have forgotten in politics these days. Civil debate has all but gone by the wayside. Disrespectful actions by those we've elected to represent us abound. When we look back 240 years this Fourth of July, we'd be wise to consider the lessons of the members of the Continental Congress who, despite their differences, voted that this group of colonies should unite. I would love to see us all remember that word on this day. We are, after all, the United States of America. 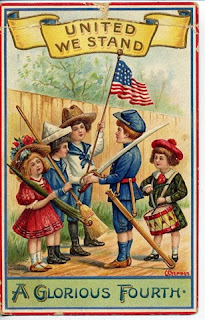 Posted by Lisa at 1:30 AM
Email ThisBlogThis!Share to TwitterShare to FacebookShare to Pinterest
Labels: holiday