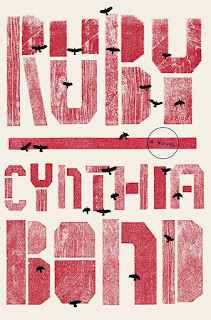 Publisher's Summary:
Ephram Jennings has never forgotten the beautiful girl with the long braids running through the piney woods of Liberty, their small East Texas town. Young Ruby Bell, “the kind of pretty it hurt to look at,” has suffered beyond imagining, so as soon as she can, she flees suffocating Liberty for the bright pull of 1950s New York. Ruby quickly winds her way into the ripe center of the city—the darkened piano bars and hidden alleyways of the Village—all the while hoping for a glimpse of the red hair and green eyes of her mother.

When a telegram from her cousin forces her to return home, thirty-year-old Ruby finds herself reliving the devastating violence of her girlhood. With the terrifying realization that she might not be strong enough to fight her way back out again, Ruby struggles to survive her memories of the town’s dark past. Meanwhile, Ephram must choose between loyalty to the sister who raised him and the chance for a life with the woman he has loved since he was a boy.

I'm not really sure which is the better approach for Ruby. I know that I will be thinking about this book for a very long time; perhaps I'd be more articulate if I gave myself more time to absorb Bond's story.

On the other hand, I've just finished it and I need to talk about it; I only wish I could do it justice. Because this is a book that needs to be read; we need to force ourselves to face the things in our world that are horrific and unimaginable. Ruby is filled with those things. It is a punch to the gut over and over again. I wanted to keep thinking to myself "it's only a book, it's only a book." But, the thing is, that it's not. The things that happen in this book happen in real life and, like the citizens of Liberty Township, we are too quick to turn a blind eye, to allow people to hide behind screens like religion and to believe that things cannot change.

The publisher's summary only hints at the kind of person Ruby has become when the book begins. After a lifetime of being the victim of monstrous men and women, Ruby has turned inward to try to hold onto the only thing she has left in the world. She is, both literally and figuratively, a mess. Through flashbacks readers discover the evil that has been done to Ruby. But it is not Ruby alone who has suffered and Bond helps readers to understand the domino effect that abuse causes. She makes us see that as much harm can be caused by those who turn away as from those who perpetrate abuse. As much harm is caused by those who turn a blind eye to racism as by those who practice it.

Bond's writing is both beautiful and graphically violent. You know the old trope "show me, don't tell me?" Bond is brilliant at showing readers what she wants them to see. The land around Liberty Township, the way Ruby's hair cascades down her back after Ephram washes it, the men who cluster harmlessly on the porch of the P & K grocery only to become entirely different people when they leave that place, the uptight and self-righteous way Ephram's sister Celia lives her life. It was like watching a movie play out in my head, which made the terrible things that happened that much more difficult to hear.


"She wore gray like rain clouds and wandered the red roads in bared feet. Calluses thick as boot leather. Hair caked with mud. Blackened nails as if she had scratched the slate of night. Her acres of legs carrying her, arms swaying like a loose screen. Her eyes the ink of sky, just before the storm."

"He sat alongside the crowd of men parked on their stools outside P & K. Who read their papers, played dominoes and chewed tobacco. Toothpicks dangling. Pipes smoking. Soda pops sweating. Just as they had the day Ruby arrived back in Liberty. When she'd stepped from the red bus, the porch had crowded her with their eyes. Hair pressed and gleaming like polished black walnut. Lipstick red and thick, her cornflower blue sundress darted and stitched tight to her waist. Ephram had watched her light a cigarette and glare down at the crowd on the market porch in such a way that made folks feel embarrassed for breathing."


Bond reads the audiobook and it is one of the cases where there could not have been a better person for the job. She knows exactly how to sooth the listener, how to build the tension, when to let things settle in slowly. I highly recommend the audio version of the book. I also can't recommend highly enough Andi's review of this book on Estella's Revenge. It is what convinced me to read this book even though it scared me enough to put it off for a while.

Be warned, the book is filled with sexual and racial violence. It is not for the faint of heart. But it is also a story about love. About the ways that the lack of love in a life can hurt but also about the ways that love can save, the love of a man for a woman and the love of a mother for her children. You will cry, you will be awakened to things you might prefer be left unknown, but you will also be left with hope.
Posted by Lisa at 4:42 PM