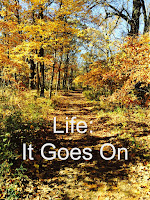 While those of you in California have been experiencing summer temps, we had our first hard freeze the other night. Which means I spent good parts of my half day and yesterday (and will spend more time today) bringing my potted herbs and some flowers in, repotting some things into smaller pots (so everything will fit, which has been like putting together a puzzle), and pulling out plants which have died. It's the real wake up call that winter is coming. Not in the good, Game of Thrones, about to be some major battles going on kind of way; but in the way that means it will take five minutes longer to get out the door in the morning by the time you pull on your coat, hat, gloves, scarf, and maybe even snow boots. I hate it. It makes it hard for me to appreciate pumpkin spice latte, the crunch of leaves under my feet, and what's left of the beautiful fall colors. 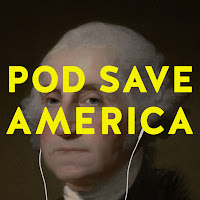 Listening To: Mostly podcasts (loving Pod Save America!) but also NPR. It's time for me to get back to being better informed and jump back into the fray. Pod Save America is four guys that were aides to President Obama so that will give you an idea as to whether or not this is a podcast for you.

Watching: The usual fall fare - football, The Voice, and the World Series. We don't have a team in the series, but my dad has long been a Dodgers fan so we're cheering for them.

Reading: Grant, right up until my ecopy archived, days before it said it was going to do that. Which means I haven't finished it. Luckily, I hooked my dad up with a copy as well. Looks like he's writing a review for me (but don't say anything to him - he doesn't know yet!). I'm racing through Seven Days of Us and hope to finish it up today. Quite a switch from Grant! Next up, The Revolution of Marina M. Or Andy Weir's latest, Artemis. I haven't decided yet.

Planning: On a quiet week. Hopefully a productive one. 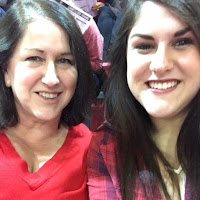 Thinking About: Christmas. Just the gift part. I've got a good start on my shopping but need to get things organized and start on the homemade projects.

Enjoying: Miss H got me tickets to a local college volleyball game for my birthday yesterday. We have two great volleyball teams in Nebraska (both Division I top twenty teams). This was not one of them but it was great fun, nonetheless and we had fun having girl time.

Feeling: Well rested? I slept nine hours last night. I never sleep nine hours! Since I'm a night owl, nine hours of sleep means I slept away half of the morning today.

Looking forward to: Two years ago, one of our favorite restaurants burned down, leaving only the brick exterior of the building it was in. This week, it reopens in the same building, largely exactly as it was before the fire. We're excited to have a belated anniversary celebratory dinner there later this week.

Question of the week: Halloween - love it or eh? I do love decorating with my witches and pumpkins but I haven't gone to a party or dressed up in years and I'm getting to be kind of a grump when it comes to handing out candy.
Posted by Lisa at 12:05 PM
Email ThisBlogThis!Share to TwitterShare to FacebookShare to Pinterest
Labels: Life: It Goes On