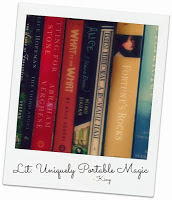 I don't know how December got away from me so badly, where books are concerned. I'm only just now getting around to check out all of the "best of" lists for 2017. It's really one of the ways my book nerd flag flies high - I like to make a spread sheet so I can track the books that showed up the most often and make sure I've got those books at the top of my TBR list. Not that that ends up meaning much but I always mean well when I put the lists together. I'm always excited to find books that I thought were great on the lists (like Lincoln In The Bardo which is showing up every where) or books I've downloaded but just haven't gotten to yet (like Andrew Sean Greer's Less).

Here are some of my go-to lists:

Of course, the New York Times' 10 Best Books is always a list to consider and I'm excited to find two books I've already read and a couple more I'm planning on reading soon. My uncle's currently reading another; perhaps I can talk him into doing a review!

Harper's Bazaar has a list of the 20 Best Books of 2017 which is decidedly female and fiction oriented.

The folks at Esquire either got lazy and couldn't be bothered to narrow down their list or read a record number of great books in 2017. They have a list of the 50 Best Books of 2017.

If books appear on both American lists and the BBC list of the 10 Best Books of 2017, does that mean they really are great?

The Guardian gives us all kinds of "best of" lists, including a the best photography books and favorite reads as chosen by scientists.

The Entertainment Weekly Best Books of 2017 is the only list I've found that includes a graphic novel, My Favorite Thing Is Monsters, except for...

The Boston Globe has an entire list of favorite graphic novels for 2017, as well as lists specifically devoted to fiction, nonfiction, mystery, and sports.

Oh, never mind, Book Riot's list of the Best Books of 2017 also includes My Favorite Thing is Monsters. Hmm, perhaps I need to read another graphic novel one of these days.

The Huffington Post's Best Fiction Books of 2017 includes several books I haven't seen on any other lists (let's be honest, it includes some books I've never even heard of!).

How about you? Do you like to check out these lists? Do they influence your reading choices at all? I'm off now to tally up my spread sheet and see what I need to read first off of it!
Posted by Lisa at 11:47 PM
Email ThisBlogThis!Share to TwitterShare to FacebookShare to Pinterest
Labels: list