French Lessons: Adventures with Knife, Fork, and Corkscrew by Peter Mayle
Published May 2001 by Knopf Doubleday Publishing Group
Source: checked out from my local library

We visit the Foire aux Escargots at Martigny-les-Bains-a whole weekend devoted to the lowly but revered snail. We observe the Marathon du Médoc, where runners passing through the great vineyards of Bordeaux refresh themselves en route with tastings of red wine (including Château Lafite- Rothschild!). There is a memorable bouillabaisse in a beachside restaurant on the Côte d'Azur. And we go on a search for the perfect chicken that takes us to a fair in Bourg-en-Bresse.

There is a Catholic mass in the village of Ri-cherenches, a sacred event at which thanks are given for the aromatic, mysterious, and breathtakingly expensive black truffle. We learn which is the most pungent cheese in France (it's in Normandy), witness a debate on the secret of the perfect omelette, and pick up a few luscious recipes along the way. There is even an appreciation and celebration of an essential tool for any serious food-lover in France-the Michelin Guide. 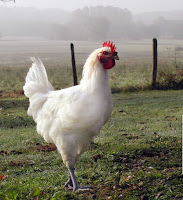 I'm a little bit at a loss as to how to review this book, which is, essentially, a group of essays Mayle put together about food experiences in France. And by food, I mean food and wine. I'm not sure there's a single chapter in this book that doesn't mention wine and there are quite a lot that include drinking a lot of wine. To the point that even Mayle, a man who is accustomed to drinking wine with his meals on the regular, concedes that the French may have taken their wine drinking a step too far. More on that later. Instead of a real review, I'm just going to share some takeaways from this one. 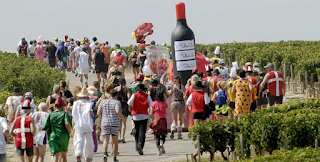 I will admit to getting a little bored toward the end of the book. It began to feel a little repetitive - visit quirky little village, meet quirky people who like to argue amongst themselves, drink copious amounts of wine, eat lots of great food. On the other hand, Mayle has me convinced that you can hardly go wrong in visiting small French villages in search of great food and wine. He write with humor and respect for the country he's adopted as his home. 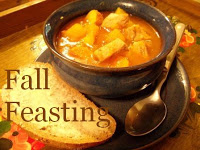