Wolf by Herbert J. Stern and Alan A. Winter
Published February 2020 by Skyhorse
Source: my copy courtesy of the publisher, through TLC Book Tours, in exchange for an honest review

Publisher's Summary:
Perhaps no man on Earth is more controversial, more hated, or more studied than Adolf Hitler. His exploits and every move are well-documented, from the time he first became chancellor and then dictator of Germany to starting World War II to the systematic killing of millions of Jews. But how did he achieve power, and what was the makeup of the mind of a man who would deliberately inflict unimaginable horrors on millions of people?

Meet Friedrich Richard, an amnesiac soldier who, in 1918, encounters Hitler in the mental ward at Pasewalk Hospital. Hitler, then a corporal, diagnosed as a psychopath and helpless, suffering from hysterical blindness, introduces himself as Wolf to Friedrich and becomes dependent upon Friedrich for assistance, forming an unbreakable bond between the two men.

Follow Friedich—our protagonist—who interacts with real people, places, and events, through the fifteen-year friendship that witnesses Hitler turn from a quiet painter into a megalomaniacal dictator. Using brand-new historical research to construct a realistic portrait of the evolving Hitler, Wolf will satisfy, by turns, history buffs and fiction fans alike. And as this complex story is masterfully presented, it answers the question of how a nondescript man became the world’s greatest monster.


My Thoughts:
When I was asked to review this book, I thought it sounded like something that might interest me. But I felt like it was even more likely to be something that would interest my husband. Here is his guest review:

I have always been drawn to Germany between the two wars and the reasons Germany and Hitler were able to pull off the massive infrastructure buildup along with the mass psychology Hitler used to motivate and gain the approval of the majority of the German people.  I also tend to enjoy historical fiction, such that from James Michener and the Flashman Chronicles.

This book is also timely as parallels could be made with the megalomanic in office currently who seems enamored and friendly with dictators while some groups seem intent to either empower or quietly watch and do nothing.

I did like the tone of the characters and enjoyed most of the characters including Friedrich.  Some could certainly fault him for being duped into thinking Hitler was a good thing for Germany and getting caught up in the Reich glam despite being warned by many friends or associates.  Of course, due to economic and political circumstances of the time and the fact that the majority of Germany felt the same way, it is believable and we might be forgiving.

I do believe the dual authors did a nice job of showing the development of Hitler and the party, but it did seem a bit too accurately architected by Hitler, where I would guess it was a bit more messy and he lucked out in many instances.

As I was reading, I was not sure how I was meant to feel about Hitler as the authors did not make him seem the monster we have grown to love thorough much of the book outside of his hatred of the Jews, but it could be easy to over do his evil and focus on it to the point of overpowering the book.

I believe this book can appeal to a fairly broad group where one would believe a book about Hitler and WWII might  be more of a guy thing.  Since there are a great deal of strong women involved with Friedrich and others, it weaves a nice pattern of relationships that come and go and circle back again.  This makes it more interesting and easy to read while getting the political, economic and psychological information across without being too dry and monotonous.

That being said as I am a bit attention deficit, I could lose 100 of the 539 pages and be good with it, but it slides along well for a story of this girth.  Definitely an interesting an worthwhile read in my view.

For other opinions about this book, check out the full tour here. Thanks to the folks at TLC Book Tours for including us on this tour!

Herbert J. Stern, formerly US attorney for the District of New Jersey, who prosecuted the mayors of Newark, Jersey City and Atlantic City, and served as judge of the US District Court for the District of New Jersey, is a trial lawyer. He also served as judge of the United States Court for Berlin. There he presided over a hijacking trial in the occupied American Sector of West Berlin. His book about the case, Judgment in Berlin, won the 1974 Freedom Foundation Award and became a film starring Martin Sheen and Sean Penn. He also wrote Diary of a DA: The True Story of the Prosecutor Who Took on the Mob, Fought Corruption, and Won, as well as the multi-volume legal work Trying Cases to Win.

About Alan A. Winters

Alan A. Winter is the author of four novels, including Island Bluffs, Snowflakes in the Sahara, Someone Else’s Son, and Savior’s Day, which Kirkus selected as a Best Book of 2013. Winter graduated from Rutgers University with a degree in history and has professional degrees from both New York University and Columbia, where he was an associate professor for many years. He edited an award-winning journal and has published more than twenty professional articles. Alan studied creative writing at Columbia’s Graduate School of General Studies. His screenplay, Polly, received honorable mention in the Austin Film Festival, and became the basis for Island Bluffs. 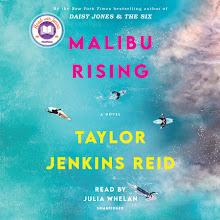