Publisher's Summary:
In 1927, Zora Neale Hurston went to Plateau, Alabama, just outside Mobile, to interview eighty-six-year-old Cudjo Lewis. Of the millions of men, women, and children transported from Africa to America as slaves, Cudjo was then the only person alive to tell the story of this integral part of the nation’s history. Hurston was there to record Cudjo’s firsthand account of the raid that led to his capture and bondage fifty years after the Atlantic slave trade was outlawed in the United States.

In 1931, Hurston returned to Plateau, the African-centric community three miles from Mobile founded by Cudjo and other former slaves from his ship. Spending more than three months there, she talked in depth with Cudjo about the details of his life. During those weeks, the young writer and the elderly formerly enslaved man ate peaches and watermelon that grew in the backyard and talked about Cudjo’s past—memories from his childhood in Africa, the horrors of being captured and held in a barracoon for selection by American slavers, the harrowing experience of the Middle Passage packed with more than 100 other souls aboard the Clotilda, and the years he spent in slavery until the end of the Civil War.

Based on those interviews, featuring Cudjo’s unique vernacular, and written from Hurston’s perspective with the compassion and singular style that have made her one of the preeminent American authors of the twentieth-century, Barracoon masterfully illustrates the tragedy of slavery and of one life forever defined by it. Offering insight into the pernicious legacy that continues to haunt us all, black and white, this poignant and powerful work is an invaluable contribution to our shared history and culture.


My Thoughts:
This is one of those small books that packs a big punch, especially when you take into account the "Introduction," which is essentially half of the book (which is why I included that piece in the book info piece).

That introduction raises some questions about Hurston's plagiarism in her initial research about interviewing Lewis. Hurston worked as an assistant to an anthropologist when she first tried to interview Lewis and got so little information from him that she "borrowed" heavily from other pieces without credit. It's a little crushing to learn that about an author you respect.

But Hurston was not done with Lewis's story and when she went back again, she came away with an incredible story. She made no attempt this time to simply be an observer; she befriended him. Hurston plied Lewis with peaches, watermelon, and a stipend provided by a patron. Mostly, she treated him respect and dignity. She referred to him by his African name, Oluale Kossola (Kossula) and let him led the way through his story. Although he'd told his story before, he had never told it in this way and it had never been written in this way; his words are written exactly as he spoke them. It makes the book feel much more as though you're sitting on that porch with Hurston and Kossola. What's more, it makes the story so much more moving and tragic. It's a good thing Hurston's actual work was only two hours of the audiobook; I'm not sure I could have taken any more.

It's a shame it took nearly 90 years for this book to be published. It's an important part of our history that deserves to be told. 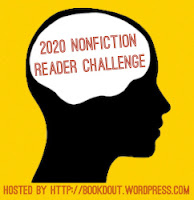