My Dear I Wanted To Tell You by Louisa Young

My Dear I Wanted To Tell You by Louisa Young
Published June 2012 by HarperCollins
Source: my copy courtesy of the publisher and TLC Book Tours

Riley Purefoy, working-class boy who has spent most of his life bettering himself, and Nadine Waveney have been inseparable since the day they meant but they only just discovered that they love each other when disapproving parents and World War I interfere. Despite the distance, the two cannot be kept apart...until a terrible wound threatens the happiness they were so close to having.

Despite his artistic interests, Riley is a very good soldier, two things that endear him to his commanding officer, Peter Locke. Peter has left behind his beautiful wife Julia who can find nothing more to do for the war effort than keep herself and her home ready for Peter's return. But the Peter who returns to her on leaves is not the same man who left her and Julia is at a loss as to how to hang onto a man who prefers the bottle to his wife and son.

The two couples lives become intertwined with Peter's sister, Rose, a war nurse, playing a pivotal role in trying to help the couples save their love.

Why I read it: I'm always game for historical fiction and this one fit right in with the War Through The Generations challenge.

What I liked about it: Young is British and it comes across in her writing, which I loved. She is equally good at writing about the angst and passion of love and the horrors of war. She is, in fact, so good at writing about war, I sometimes had to take a break from the book. The characters, although they are not particularly unique (if you've read Atonement they will be familiar to you), quickly become three-dimensional. Young doesn't spare her characters, they are all flawed but in a way that makes them feel human. Young touches on the themes of class, love, war, and the importance of appearance, both literally and figuratively. The was perfect for me with closure but no tidy endings.

What I didn't like about the book: The war details were necessary and I could deal with those. But the gruesome descriptions of war injuries and the surgeries to repair them were overly detailed and long and distracted from the story line for me. That being said, if the details were facts, I learned a tremendous amount about how reconstructive surgery progressed and how it is greatly aided by war.

I highly recommend this book, particularly for fans of historical fiction. It is a exceptional blend of character and plot. Check out the other reviews on the tour for other opinions. Thanks to TLC Book Tours for including me on this tour.

Louisa Young grew up in London, England, in the house in which Peter Pan was written, and she studied modern history at Cambridge. She was a freelance journalist and has written ten books, including the Orange Prize–longlisted Baby Love. She is the co-author of the bestselling Lionboy trilogy, which has been published in thirty-six languages. She lives in London and Italy with her daughter and the composer Robert Lockhart.

I've posted the cover from the copy of the book I received and the copy as seen on bn.com. Which do you prefer? I think the one at the top better suits the story.
Posted by Lisa at 12:30 AM 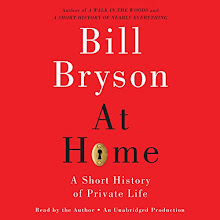