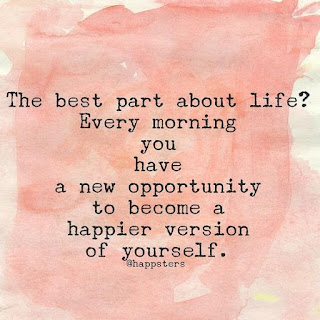 When I posted my January resolution, I said that I wasn't entirely set with my resolutions for the year. Since then I've finished that, put together a list of "commandments," and I'm working on ways to measure my progress for each of the resolutions. Which brings me to February's resolution: Focus.

Here are the things I'm going to do to try to become a more focused person:

1. Limit use of my phone - If you know me, you know how attached I am to my phone. Sometimes when I'm working on the computer, I'll even pick up my phone to check Litsy or other apps I can only use on my phone. While I'm already on an electronic device! The trick to this has been in trying to decide what my limit is going to be and how I'm going to reach that goal. At home, I think this will mean, leaving my phone in a different room than the one I'm in; at work, leaving it in my purse.

2. Stay on task - Again, this is a tough one to measure and a lot depends on what the task is and how long it takes. The main thing will be, I think, to just say "no" to myself any time I think I'll stop in the middle of something to do something else. Say "no, you can't redo the bookshelves right now" while I'm in the middle of dusting them. Yes, I have done that before and a fairly short task soon became a project lasting several hours.

3. Try meditation or yoga - This was already on my list when I started yoga last month. I'm leaving it there as a reminder to continue the yoga (which takes much more focus than walking on a treadmill). And I'm thinking adding some meditation time might not be a bad idea, either; try to clear my mind and calm myself.

4. Shut the television off - We are terrible about turning on the television when we walk in a room and once it's on, it tends to stay on, even if we're not particularly interested in anything that's on. Makes it tough to focus on the other things I'm trying to do. The other piece of this will be to leave the room if it's on. The Big Guy likes to have the t.v. on (he suffers from tinnitus and that doesn't bother him as much if there's some other noise) but I don't have to be in the same room all of the time. After all, we used to limit the kids' t.v. time; why not limit ours?

So I'm turning off the computer now and walking away from the television BG just turned on!