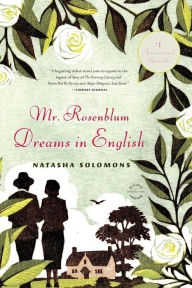 Publisher's Summary:
At the outset of World War II, Jack Rosenblum and his family escape Berlin for London. Jack embraces the welcome pamphlet instructing immigrants how to act like "the English." He acquires Saville Row suits and a Jaguar. He never speaks German, apart from the occasional curse. But one key item—membership in a golf club—remains elusive. So Jack hatches a wild idea: he'll build his own.

Jack's wife, Sadie, does not share this obsession. She wants to cook her mother's recipes and remember the life they left behind. But when Jack relocates them to the country, Sadie watches their savings deplete as he pursues his quixotic dream.

My Thoughts:
What is it about books set in England, especially books set in England which are narrated by Englishmen, that immediately calls to mind the word "charming?" It's a stereotype, I know, to call a quiet, gentle book charming, but the entire time I was listening to this book it was the word that kept coming to my mind.

And yet, the book is surprisingly timely, dealing, at it quietly does, with immigration and intolerance.

Jack Rosenblum is obsessive about blending in and works hard to become a very successful businessman. None of that matter, though, to the British elite who keep him from reaching his ultimate goal because of his Jewishness. Sadie represents another view of the immigrant picture. She misses her culture and language and longs for her family. Daughter Elizabeth, a small child when the family leaves Germany, is Jack's pride and joy. But as she becomes more and more British, he fears that she is pulling away from him and her heritage. 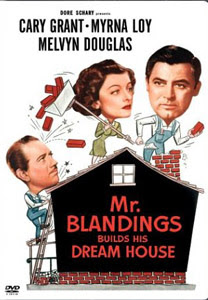 When Jack moves Sadie to a rundown country estate, the book came alive. The quintessentially quirky villagers, the local legends, the couple's slow acclimation to country life, and Jack's travails in building what his dream golf course brought warm, humor, and tenderness to the story.

I couldn't help but think of "Mr. Blandings Builds His Dream House" (starring Cary Grant and Myrna Loy and a movie based on a book), when Jack and Sadie first moved to the country, to a home with no indoor plumbing and holes in the thatched roof and to a land that refused to be tamed. I have a fondness for that movie which may have colored my opinion of the book at that point.

My enjoyment of this book can probably most be attributed to it being just the right book at just the right time for me, combining as it did a serious theme with a light touch, wonderful relationships, a lovely setting, characters I became attached to, and a very satisfying ending. I definitely recommend the book, particularly on audio.

Posted by Lisa at 1:30 AM
Email ThisBlogThis!Share to TwitterShare to FacebookShare to Pinterest
Labels: audiobook, book review, historical fiction, immigrant