Victoria: The Queen by Julia Baird

Victoria: The Queen: An Intimate Biography of the Woman Who Ruled an Empire by Julia Baird
Published November 2016 by Random House Publishing Group
Source: my ecopy courtesy of the publisher through Netgalley

Publisher's Summary:
Drawing on previously unpublished papers, Victoria: The Queen is a new portrait of the real woman behind the myth—a story of love and heartbreak, of devotion and grief, of strength and resilience.

I didn't know the half of it. Baird schooled me not just on Victoria's life, but on the lives of her family, her place in the world, and world politics in her life time. I tend to learn history one place or one person at at time, often losing track of where that person or place fit into the greater world. Baird does an excellent job of grounding readers on world events throughout Victoria's life, without getting too mired down in them and losing track of her subject.

Suffice to say that Victoria lived in a time of massive changes in the world: the overthrow of monarchies, the surge of the industrial revolution, and the dawn of the suffragette movement. She reigned through wars, saw her family married into the monarchies of other powers, and her life intermingled with most of the most famous people of her time. 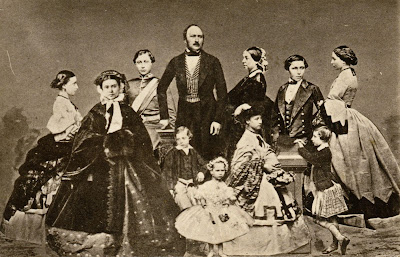 The book is slow going; those pages are tiny print packed with information. Baird had unprecedented access to diaries, letters and papers which allowed her to paint an incredible full and nuanced portrait of a queen who was so much more complex than most of us realize.

We so often think of Victoria in one of two ways - the deeply devoted wife that spent the rest of her life in mourning after the death of her husband or as a cranky looking, fat old woman. She was, in fact, both of those things. But she was also a a feisty queen who was prone to give her prime ministers hell, a woman who loved to laugh, a ruler who reveled in her country's strength but preferred peace to war, a woman whose beloved husband may not have been the greatest love of her life, a woman who was so desperate for someone to care for her that she allowed herself to be hoodwinked, and a person who often doubted her own knowledge.

I'd always thought of Victoria as something of an super hero for women. But it turns out she wasn't entirely the paragon of feminism I'd imagined. Partly because the queen just didn't have as much power as I'd thought. Then there was the relationship she had with Prince Albert. She called him "my Lord and Master!" I mean, I know it was kind of the thing to do in those days but she was the queen! Also, she was strongly opposed to the suffragette movement and reveled in the love her country showered on her for being the mother figurehead.

You may recall that I don't keep very many books once I've read them. This one is a keeper because of the wealth of historical information it contains. Unfortunately, my copy is an egalley, which will be unreadable in a few more days. I may just have to buy myself a copy.


Posted by Lisa at 1:30 AM
Email ThisBlogThis!Share to TwitterShare to FacebookShare to Pinterest
Labels: biography, book review, nonfiction