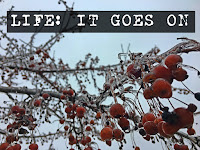 Honestly, folks, I don't even know how to open these posts any more. I type something up; I erase it. I'm tempted to tell you how unproductive I've been this week (after all, my bathrooms still haven't been cleaned) but I have been productive, just not in the ways I usually define it. Nothing much has happened but I have been busy all week. I don't want to come to you every week whining. I want to get back to telling you about the things that are going on in my life. So I'm going to try very hard to set politics aside again (here anyway!) and use this space to refocus on the other things that matter.

Listening To: This will be my last week of The Emperor's Children; it's been slower going because I've finally been able to get back to listening to NPR in the mornings to get some news. My podcast listening has been entirely The History Chicks.

Watching: A lot of what's been on our television screen this week has been us learning to navigate our way through our new streaming Direct TV and the Apple TV. It's definitely a learning curve that's going to take some getting used to. Of course, I will be watching the Super Bowl later, even though I don't care who wins.

Reading: I'll be finishing Never Caught in the next couple of days and then it's on to George Saunders' Lincoln In The Bardo. Never Caught is the story of Ona Judge, a slave who belonged to George and Martha Washington. It suffers from following in the footsteps of Victoria: The Queen, in no small part because there's not nearly as much information to craft a book from. 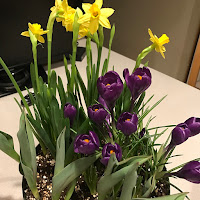 Making: Omelets, fried potatoes, chicken and stuffing, pork chops. Last night we had to go with a frozen pizza because a plumbing project gone awry meant we had a torn up kitchen and no water when supper time arrived (which was shortly before a plumber arrived!).

Planning: On installing new kitchen hardware this week and painting the powder room.

Thinking About: Spring. I'm already counting down the weeks until I can eat dinner on the patio. The Big Guy brought me home this planter the other day that has me ready to put away my snowmen collection already (although I won't yet because putting it away early is always a jinx!). 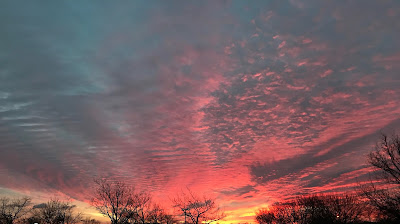 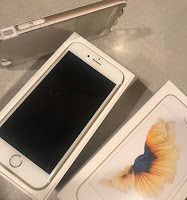 Feeling: Ridiculous as it sounds, I was a little sad to box up my perry gold phone the other day to ship it up to Mini-me. His phone has died and our phone situation being what it is, he's taking my phone, I'm taking Mini-him's (boring black) phone and Mini-him is getting a new phone. I mean, I've got a newer phone but I seriously need a girly case for it!

Looking forward to: Forty Bags In Forty Days which starts in March. I've reached that time of year when I am seriously in the mood to get rid of "stuff."

Question of the week: Whether you watch the game or are just watching for the commercials, will you be going to a Super Bowl party today?
Posted by Lisa at 1:51 PM
Email ThisBlogThis!Share to TwitterShare to FacebookShare to Pinterest
Labels: Life: It Goes On