The Girl In The Garden by Melanie Wallace 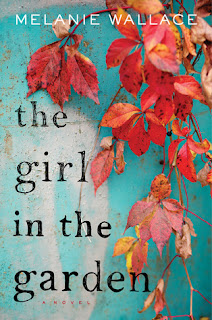 The Girl In the Garden by Melanie Wallace
Published: January 2017 by Houghton Mifflin Harcourt
Source: my egalley copy courtesy of the publisher in exchange for  an honest review

Publisher's Summary:
When June arrives on the coast of New England, baby in arms, an untrustworthy man by her side, Mabel—who rents them a cabin—senses trouble. A few days later, the girl and her child are abandoned.

June is soon placed with Mabel’s friend, Iris, in town, and her life becomes entwined with a number of locals who have known one another for decades: a wealthy recluse with a tragic past; a widow in mourning; a forsaken daughter returning for the first time in years, with a stranger in tow; a lawyer, whose longings he can never reveal; and a kindly World War II veteran who serves as the town's sage. Surrounded by the personal histories and secrets of others, June finds the way forward for herself and her son amid revelations of the others' pasts, including loves—and crimes—from years ago.

My Thoughts:
Given my months long reading slump and lack of books to review, you'd think I would have gotten around to reviewing a book I finished weeks ago sooner. But the it kind of got finished up with a fizzle as I raced to read books that had to be finished by a certain time. Unfortunately, it means that my feelings about the book have faded and my copy has expired so I can't even go back and refresh my memory.

Here's what I do remember: