The Believers by Zoe Heller: A Review and a Giveaway

Joel and Audrey Litvinoff first met in London in 1962 when he was already a respected radical lawyer and she was a young girl just beginning to form her own ideas. One night they met and the next day she asked him to take her back with him to the U.S.

Forty years later, the Litvinoffs are icons of the left wing, both revered and reviled. They've raised two daughters and an adopted son as atheist, protest marching, liberals. Daughter Rosa has given up her revolutionary ways and is pondering a life of Orthodox Judaism. Daughter Karla, a social worker, is married to a union leader whose union has just joined forces with **gasp** a Republican. And son Lenny seems to be a hopeless drug addict.

When Joel suffers a massive stroke and slips into a coma, a secret is revealed that will make Audrey question everything she has always believed about Joel and her marriage. Audrey is no saint to begin with and the whole situation makes her even harder to be around. As she continues to act as an enabler for Lenny, she gets even nastier about Rosa's exploration of religion and Karla's weight. As the entire family deals with Joel's condition, they fight amongst themselves and with almost everyone else they come across. And each of them is forced to make some decisions about what it is they truly believe in. Rosa's exploration of Judaism makes sense to her emotionally but not intellectually. Karla believes her marriage is the best she can do for herself but she can't make herself do the work needed to begin the adoption process her bully husband is so gungho about. When an opportunity to find love presents itself, she has to take a long look at herself. Even Lenny makes an attempt to find a clean life for himself.

Can I just say, right up front, that Heller knows more big words than Merriam or Webster. Heller also does a marvelous job painting a picture--when Karla walks into her parents' home to find out that the maid hasn't been in a more than a week and Audrey hasn't even bothered to remove a pan of chicken soup that's been on the stove for nearly that long, I almost gagged. Heller does keep the story moving along, only occasionally getting bogged down, mostly when writing from Rosa's point of view. She's also skillfully combines humor and sadness. What I had a hard time with was connecting with the characters.

As one reviewer said, if you have to like the characters in a book to like the book, this is not a book you'll enjoy. None of the characters Heller has created are particularly likable. Which isn't especially important to me--I grew quite fond of Olive Kitteridge it must be said. So I was willing to go along for the ride except that, at some point, you also have to care what happens to the people in the book even if what you are hoping for is disaster. At one point, it seemed that Audrey had a major revelation about her own character and it seemed that things may take a turn for the better.

"How had she ended up like this, imprisoned in the role of harridan? Once upon a time, her brash manner had been a mere posture - a convenient and amusing way for an insecure teenage bride, newly arrived in America, to disguise her crippling shyness...But somewhere along the way, when she hadn't been paying attention, her temper had ceased to be a beguiling party act that could be switched on and off at will."

But she only seems to grow angrier. When Lenny has become sober and is contemplating a life without her, Audrey rips his choices to shreds.

Karla turned out to be my favorite character, mostly because I felt like she was the character that learned the most about herself and really moved forward.

"Depression, in Karla's experience, was a dull, inert thing - a toad that squatted wetly on your head until it finally gathered the energy to slither off. The unhappiness that she had been living with for the last ten days was quite a different creature. It was frantic and aggressive. It had fists and fangs and hobnailed boots. It didn't sit, it assailed. It hurt her. In the mornings, it slapped her so hard in the face that she reeled as she walked to the bathroom."

Writing like that's what pulled me through the novel, regardless of how I felt about the characters. 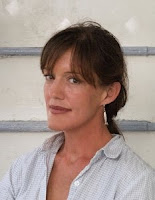