When her Japenese American mother dies, 64-year-old Anne is left to deal with her father, Alexander Gunther, a world-famous artist and man that Anne cannot stand to be around. Growing up, he seemed to go out of his way to make her life miserable, including ruining a painting she had done, so that she wouldn't have to learn later in life that she had no talent. But when an art teacher and friend of her mother's invites her to his studio, she begins to think about pursuing her dream of being an artist. There are only three things that stand in her way--her two children and her semi-retired husband. Cass, her 32-year-old daughter, has just broken up with her long-time boyfriend and moves back home just as Anne has decided to turn Cass' old room into an art studio. And Jack, her husband, can't seem to accept the fact that he's no longer on the cutting edge of medical research, that maybe his wife doesn't want to be nothing more than a reliable meal source, and that her part-time job is important to her.


'"There's a glass ceilingfor women, Jack," I stared at my painting in the dim light next to the washer and dryer. "And it's made out of the people we love.""

Okimoto makes some lovely points in this book. When Anne's mother is dying, she does two things--make Anne promise to start painting again and apologize for allowing Alexander to treat Anne so badly.


"I couldn't remember a single time, not once in my entire life, that my mother had ever spoken to me about it, so those few words...I'm sorry about him...those few hard-fought, rasping, tortured words meant she understood. And she was deeply sorry she'd been helpless to do anything about it. What more was there to say? That's all there is."

And I loved this line..."It is one thing to be gifted and a quite another to be worthy of one's gift." How true is that?

I felt like Jack and Anne's relationship was very realistic for people of their age and social status. They clearly loved each other but found that they had slipped into roles over the years that didn't necessarily work any more. They fought, they resolved issues without needing to have discussions that were pages and pages long and without having to actually say "I'm sorry."

Unfortunately, I felt like the relationship between Alexander and Anne was built up early on, but then I didn't feel like it explored enough throughout the book. A situation occurs which might have been the opportunity to delve into it but nothing much happened with it. It may have been Okimoto's intention to show that we can't always resolve problems with other people in our lives but I was just expecting that to be the center of the book.

Instead, the focus of the book seemed to be as much about what was going on in Cass's life as what was going on with Anne. The narration even alternated between Anne's story and Cass' story and it felt to me as though I were being pulled in too many directions.

There were several points in the book where I found myself wondering why something was being included. There is a detailed description of a softball game that Cass is going to that may or may not be rained out and Okimoto gives the reader the entire process as to how that would be determined. At another point, Anne gives the full story to a fellow art student about how she's dealt with a medical condition. I don't care how close I've become to that person, I don't think I'd give them the complete history of my treatment over the past forty years.

This book held a lot of promise and I think a bit more editing would have really helped. Book clubs would find a lot to discuss in the book and there is a reader's guide in the book. Having just read a book on a similar subject, I couldn't help but compare this one. Perhaps my overall impression would have been different had I read this at another time. 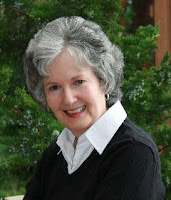 Thanks to Lisa, and TLC Book Tours for including me on this tour! For more information on Okimoto, check out her website. Read an excerpt of The Love Ceiling HERE. Check out an interview with Jeanie Okimoto HERE.

For more reviews of this book, check out the other stops on the tour: