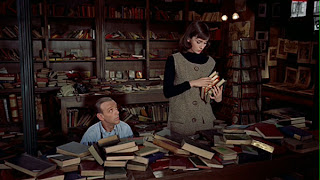 I found this great article on Flavorwire highlighting the ten best fictional bookstores. Curiously I found it right after I finished a post about the movie "Hugo." My post included a paragraph about the bookstore in that movie. Lo and behold, that bookstore is on this list. Shouldn't be too much of a surprise, I suppose, it is a great bookstore. I kept thinking there was a movie where a bookstore played a big part in it. Then I remembered, it was a series of bookstores that John Cusack's character goes into in search of a copy of the book Love In The Time Of Cholera where Kate Beckinsale's character had left her phone number in the movie "Serendipity." I'm still a little annoyed at that film for convincing me to read that book! 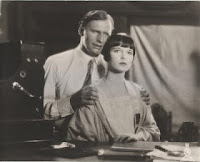 Another coincidence - while I was looking for bookstores in movies, I came across this article about the San Francisco Silent Film Festival. I posted my  review of Laura Moriarty's The Chaperone on Tuesday. One of the central characters of that book is actress Louise Brooks, a person I had never heard of before. But silent film fans clearly know about her. For this festival she comes up twice in reference to movies that she appeared in. She really was incredibly beautiful. But apparently such a pain to work with that rumors were spread that she had a terrible voice when the "talkies" came into their own and her career died.

So far, I'm feeling remarkable light since the great resolve to lift the guilt associated with blogging off my shoulders. I've given away books, passed on more than a dozen book offers (accepting only one that was too good to pass on!) without any guilt, and put together a calendar for review obligations for the rest of the year. That's allowing me to see where my challenge books will fit in and where I can just read whatever I want. I think there will be more paring on both my feed reader and my bookshelves but I've given myself a good start and I'm looking forward to a much more relaxed second half of 2012.

This week I read Ami McKay's The Virgin Cure and started Margot Livesey's The Flight of Gemma Hardy. What are you reading this week?
Posted by Lisa at 1:30 AM
Email ThisBlogThis!Share to TwitterShare to FacebookShare to Pinterest
Labels: Sunday Salon