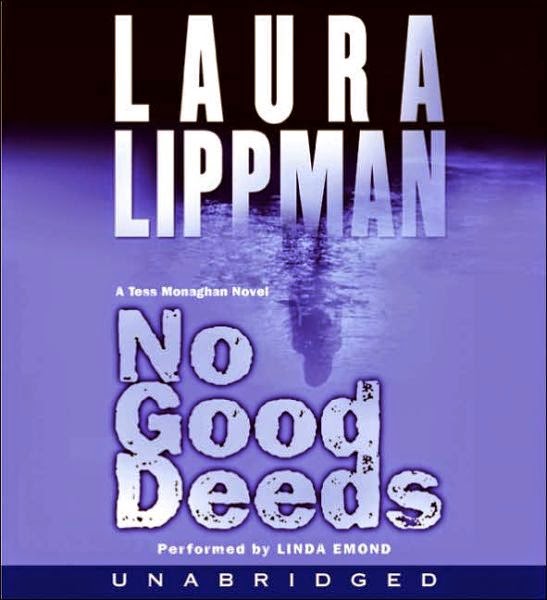 After finishing a shift volunteering at an inner-city soup kitchen, Ransome finds one of his car tires slashed and meets smooth-talking con man Lloyd Jupiter, who offers to help fix the flat for a nominal fee. Instead of calling the police on the 16-year-old scam artist, Ransome does the unthinkable and brings Jupiter back to his home, where he feeds him and offers him a bed for the night. When Tess returns home, she and Ransome discover that Jupiter may have information concerning an unsolved case involving the brutal murder of a federal prosecutor months earlier. After vowing not to reveal Jupiter's identity, Tess gives the local newspaper the story and almost immediately becomes Public Enemy No. 1 to a trio of ruthless law enforcement agents for refusing to reveal her source. With Ransome and Jupiter on the run and Tess trying hard to stay out of jail, the motives behind the mysterious murder are slowly uncovered…

My Thoughts:
Sshhh...don't tell anyone but this is my first Tess Monaghan book. I do hate to read series books out of order but Lippman does a fine job of bringing the reader up to speed while not cluttering up this book with history from previous books.

Audiobooks are hard to review - I can never remember names, I don't have quotes and the narrator can make or break the book. Edmond doesn't break the book but she doesn't help it much either. In her defense, a male narrator would probably have been a better choice; Emond struggled with providing a credible variety of male voices. Although this is a Tess Monaghan, it is definitely male-centric, with Crow and Lloyd Jupiter leading the way.

Some things seemed a bit too coincidental, some things implausible, and trying to keep everything straight listening rather than reading was tricky. And given that there were eight Tess Monaghan books prior to this, I have to imagine that most of the books have a lot more Tess in them than this one does.

They say you should write about what you know - Lippman knows, and clearly loves Baltimore and the city comes alive in her hands, both the gritty and the wonderful. And Tess, Tess is a character worth getting to know better.

All of that boils down to this being a book I both enjoyed and found disappointing. I am certain I would have enjoyed it more had I read it rather than listened to it and I'm equally certain that I'll give both Lippman and Monaghan a second chance.

Posted by Lisa at 11:05 PM
Email ThisBlogThis!Share to TwitterShare to FacebookShare to Pinterest