Girl Runner by Carrie Snyder
Published February 2015 by Harper
Source: my copy courtesy of the publisher and TLC Book Tours in exchange for an honest review

Publisher's Summary:
As a young runner, Aganetha Smart defied everyone’s expectations to win a gold medal for Canada in the 1928 Olympics. It was a revolutionary victory, because these were the first Games in which women could compete in track events—and they did so despite opposition. But now Aganetha is in a nursing home, and nobody realizes that the frail centenarian was once a bold pioneer.

When two young strangers appear asking to interview Aganetha for their documentary about female athletes, she readily agrees. Despite her frailty, she yearns for adventure and escape, and though her achievement may have been forgotten by history, her memories of chasing gold in Amsterdam remain sharp. But that triumph is only one thread in the rich tapestry of her life. Her remarkable story is colored by tragedy as well as joy, and as much as Aganetha tries, she cannot outrun her past.

My Thoughts:
Sometimes your very favorite author will disappoint you. Other times a book you have no particular expectations of turns out to be a gem. When Trish, from TLC Book Tours, wrote me about Girl Runner, she said she couldn't say exactly why but she had a feeling I'd like it. She was so right!

Aganetha Smart is a girl who spends her whole life running - on the track she runs her way to the first Olympic gold medal won by a woman in a long distance race but in her own life she can't seem to run far enough or fast enough to outrun the secrets and sadness she carries with her always. When the two strangers come to interview Aggie, they take her down for a ride - both literally and figuratively, down memory lane. Snyder does a terrific job of moving from the present into Aggie's past. As memories do, Aggie's don't come chronologically, giving readers glimpses into the past at both key and mundane points in Aggie's life that allow Snyder to deliver an ending that is both surprising and poignant.


"Here's something I'll learn: when you're dead, you don't get to choose who's telling your story. The friends and children and wives willing to be interviewed are not necessarily those most intimate with the deceased; sometimes they are those who wished to have been intimate, or who think themselves more intimate than they actually were, or who suffer from regret, or denial. Getting the honest truth about a person from those left behind is a conjuring act. There exist simple questions, the answers to which build a kind of structure, a skeleton, which can be clothed in a few telling or humorous details. How is a life shaped? By parentage, siblings, class and religion, by schooling, vocational choices, by friends, partnerships, children, by place and time, by illness and accident, and sometimes, but most rarely, by surprising choice.

Surprising choice proves hardest to come by. Most choices, even the disastrous ones, are predictable."

Aggie is allowed to tell her own story, looking back over her more than one hundred years, leaving behind the honest truth of the ways in which her life was shaped. She is not a woman I will soon forget.

Thanks to Trish for thinking of me for this book. I'll be eagerly awaiting Snyder's next effort! For more thoughts about Girl Runner, check out the full tour. 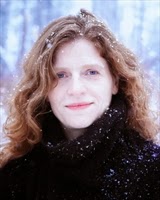