The Autobiography of Malcolm X As Told To Alex Haley

The Autobiography of Malcolm X As Told To Alex Haley
Published 1964
Source: I bought this one for book club

Publisher's Summary:
Raised in Lansing, Michigan, Malcolm Little journeyed on a road to fame as astonishing as it was unpredictable. Drifting from childhood poverty to petty crime, Malcolm found himself in jail. It was there that he came into contact with the teachings of a little-known Black Muslim leader renamed Elijah Muhammad. The newly renamed Malcolm X devoted himself body and soul to the teachings of Elijah Muhammad and the world of Islam, becoming the Nation’s foremost spokesman. When his conscience forced him to break with Elijah Muhammad, Malcolm founded the Organization of Afro-American Unity to reach African Americans across the country with an inspiring message of pride, power, and self-determination.

My Thoughts:
The Omaha Bookworms selected The Autobiography of Malcolm X for our February selection for a couple of reasons - we were looking for something to read in honor of Black History month and Malcolm X (born Malcolm Little) was born in Omaha. This one was a tough read for us, and not just because we're all middle-aged suburban white women. Even though the actual book is less than 400 pages, with the forward, the introduction, and the epilogue, it's a long read. Too long, too much detail, especially in Malcolm's life before Islam helped him change his life. He said "To understand that of any person, his whole life, from birth, must be reviewed." Eh, not so much. I wasn't the only Bookworm to admit to skimming liberally.

One of the Bookworms accidentally read the wrong book about Malcolm X, a book that postulated that The Autobiography of Malcolm X was entirely a work of propaganda. Thinking back on it that way, it certainly had that feel. The book goes into great detail about Elijah Muhammad's teachings, makes Brother Malcolm's marriage seem much more like an ideal Muslim match than the PR move the biography claims it to have been.

I know Malcolm was trying to shock readers with all of his terrible early escapades but this, this is where it really got weird for me. According to Elijah Muhammad (at least I don't think this is the story as told by all of Islam), of the first humans, Original Man, were a black people which included twenty-four wise scientists. All was well until one of the scientists, whose head was unusually large, started causing trouble. He was known as "the big-headed scientist." Seriously. And this is what convinced a troubled young man to straighten out his life. 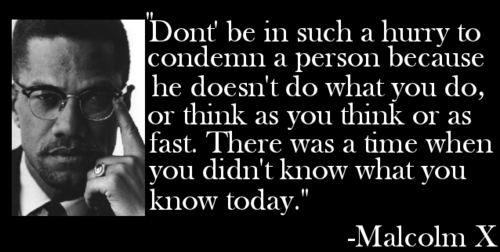 Still, there's no denying that Malcolm X lead an interesting, unusual life. He was a man who took advantage of his time in prison to educate himself, becoming a voracious reader. Using his natural charisma, intellect, deep faith and even deeper hatred of whites, he made himself a force to be reckoned with and a leader of the American civil rights movement. But he was also a man who made enemies, particularly when he broke with Elijah Muhammad after a trip to Africa. I wish the book had been a hundred pages shorter in the beginning because the last 200 pages was so much more fascinating.
Posted by Lisa at 9:52 PM

Eat A Peach by David Chang

I Was Anastasia by Ariel Lawhon