Why I Love My Huskers 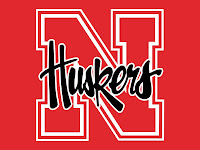 I told you yesterday that Saturday was the annual Red/White game for the Nebraska Cornhusker football team, the final scrimmage of spring practice. This year's game was about much more than seeing how the team has progressed over the spring, seeing the new talent, and getting fired up for the coming season.

Seven-year-old Jack Hoffman is battling a rare form of brain cancer. Last year the Huskers" star running back, Rex Burkhead, befriended young Jack and fans throughout Husker nation began sporting Team Jack t-shirts. But with Burkhead's graduation, it was possible that Jack's story might no longer be part of the Husker's story.

That's not how things work in Nebraska and not how things work with the Nebraska Athletics Department. I'm certainly not going to sit here and tell you that the focus is not on developing winning programs; of course it is, as are all athletic programs. But at Nebraska (and I'm sure we're not alone in this), there is a strong emphasis giving back to the community and developing compassion among the student-athletes. Rex Burkhead may be gone (although he was at the game Saturday) but Jack Hoffman is still a Cornhusker. Saturday Jack got to suit up and run for a touchdown. There was not a dry eye amongst the 60,000 fans in attendance Saturday.

I just had to share. Please take just a minute and watch Jack's moment in the sun.

As the lyrics of our fight song say, there is no place like Nebraska.
Posted by Lisa at 1:30 AM