Last week I told you about a shorty story competition called Shattering The Glass Slipper, hosted by Stephanie of Misfit Salon and Simcha of SSF Chat.  The two of them have narrowed the entries down to ten finalists and are asking for you help in determining a winner.  Click on the link to read the ten great selections and cast your vote any time before February 21st.  There are really some creative takes on the Cinderella tale to choose from! 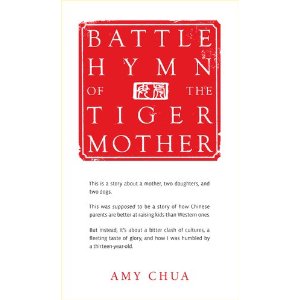 There's been a lot of buzz about Amy Chua's book, Battle Hymn of the Tiger Mother lately.  To read a perspective about the political ideas that Chua may be secretly espousing disguised as a memoir, check out "Battle Shrug of the Democracy Dad" by Michael Bourne at The Millions.

Read Safe From The Sea this week and it managed to do to me what few books have ever managed to do--it made me cry.  Twice.  I may have already read the book that will end up being my favorite book of the year.
Posted by Lisa at 6:00 AM
Email ThisBlogThis!Share to TwitterShare to FacebookShare to Pinterest
Labels: Sunday Salon